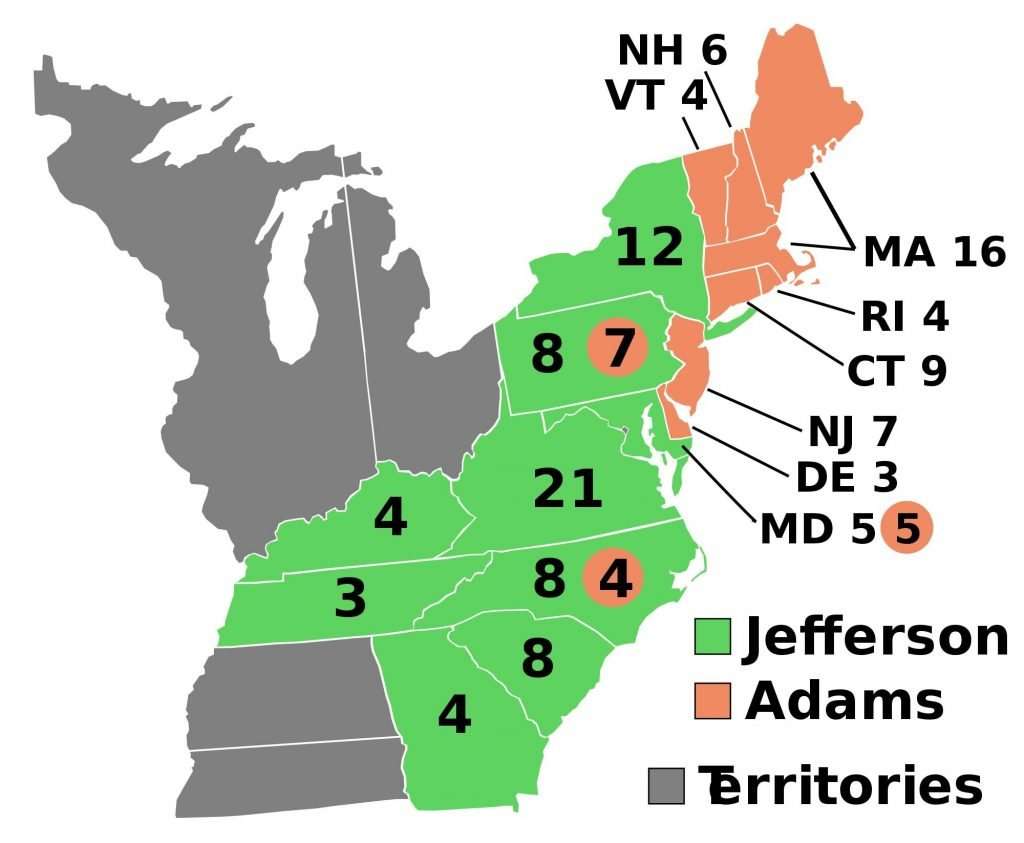 A color-coded map delineates the breakdown of electoral votes in the presidential election of 1800. The incumbent Federalist candidate, John Adams, won all of the electoral votes in New England and New Jersey, and a portion of the votes in Pennsylvania and North Carolina to reach a total of 65. The Democratic-Republican candidate, Thomas Jefferson, won all of the southern votes (except in North Carolina where he won 8 votes to 4 for Adams), all of the New York votes, and 8 out of 15 Pennsylvania votes, for a total of 73. The election was complicated, however, by the fact that the intended Democratic-Republican vice president, Aaron Burr, also won 73 electoral votes. In accordance with the Constitution, the tie had to be decided by the House of Representatives—but it took much political maneuvering and thirty-six ballots before Jefferson was officially declared president.