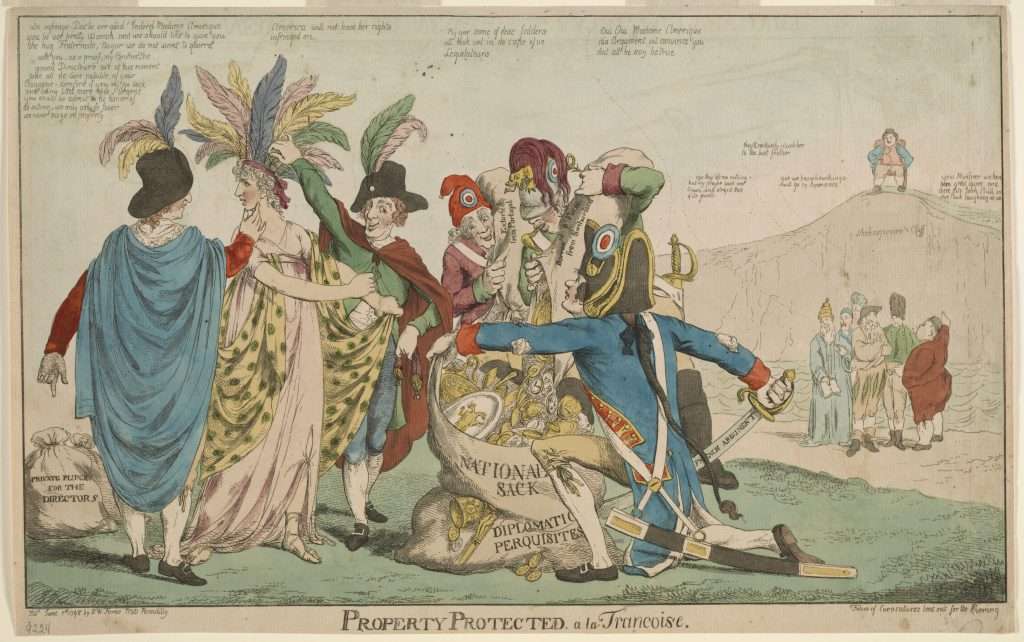 A British political cartoon published in London in 1798 satirizes the French attempt to secure a bribe from the United States in the diplomatic scandal known as the XYZ Affair. The woman at left, in flowing robes and headdress, represents America. The Frenchman at the far left flatters her ("you be ver pretty Woman and we should like to give you the hug Fraternale … " he says in the caption at top), while his comrade at right plucks a feather from her headdress. Meanwhile, the French soldier at center, with his sword drawn, collects treasure from Portugal and Switzerland in a big "National Sack" marked "Diplomatic Perquisites." In the distance, figures representing other countries taken advantage of by France watch the scene in disgust. John Bull, the personification of England, sits atop "Shakespeare's Cliff" laughing.