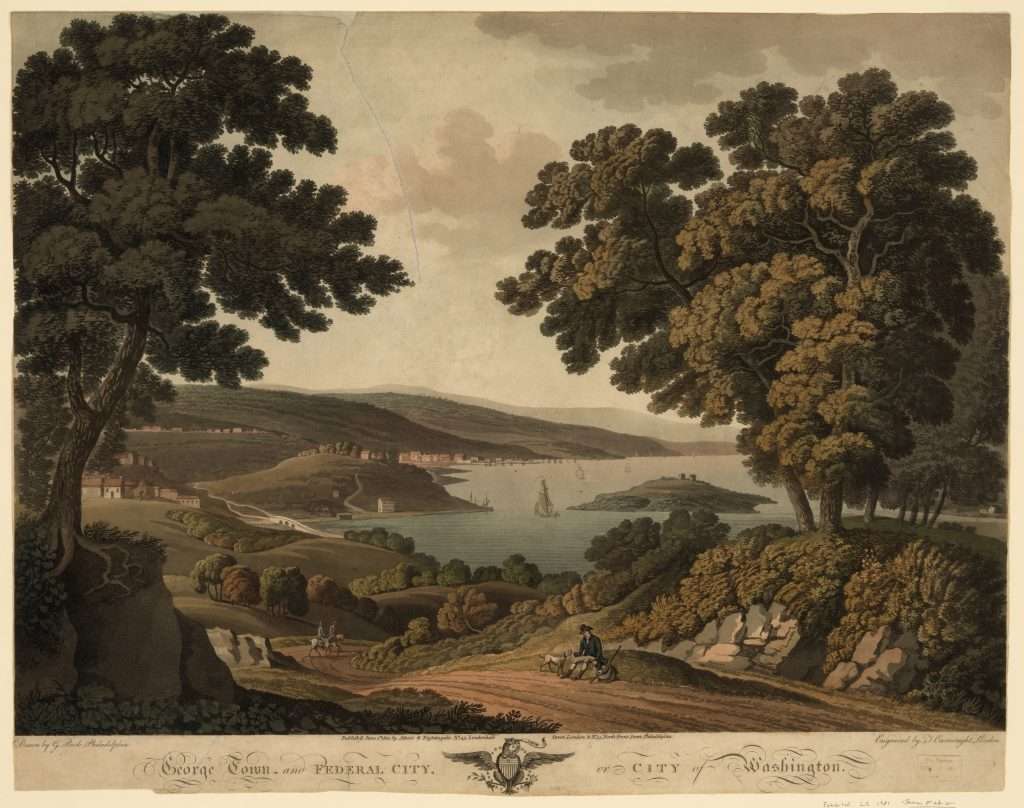 George Town and Federal City, or City of Washington.

An 1801 aquatint depicts a view across the Potomac River of "George Town," a municipal entity within the newly created District of Columbia, and the new federal city of Washington, named after the first president. (Georgetown was previously part of Maryland.) The first session of Congress was held in 1800 in the original U.S. Capitol in Washington (later expanded).