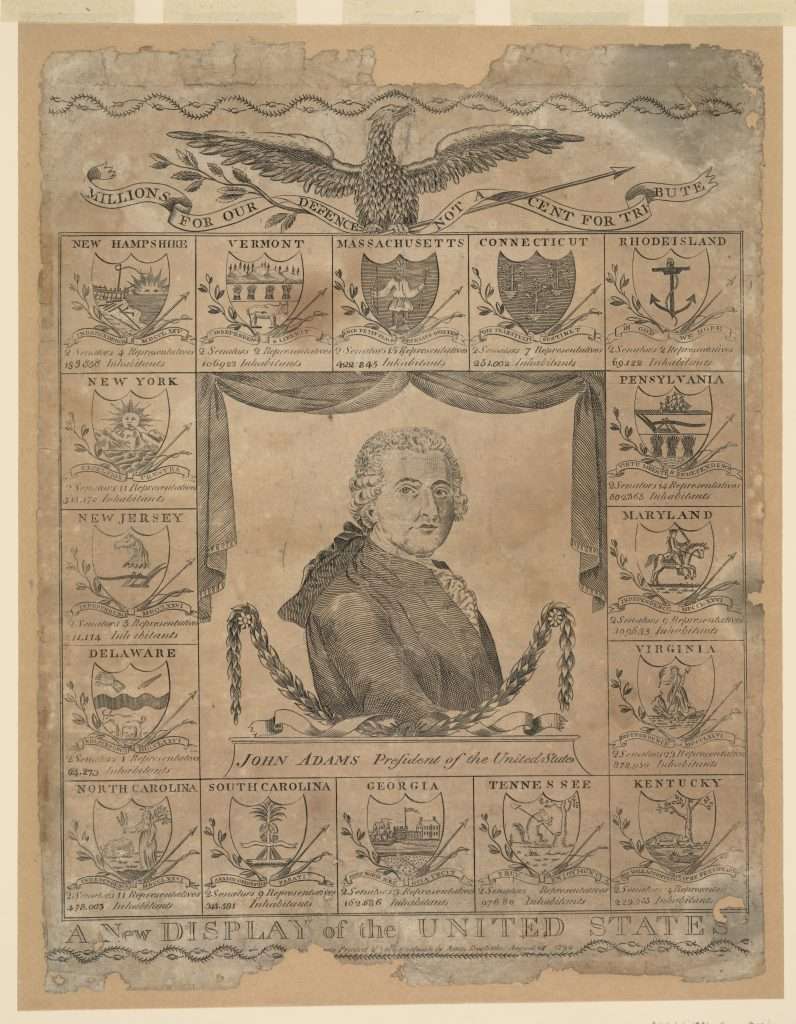 A New Display of the United States

Amos Doolittle of New Haven engraved, printed, and sold this 1799 illustration that features President John Adams, a Federalist, surrounded by seals of the sixteen states that then constituted the United States. Beneath each seal is the state's population and number of senators and representatives. At the top of the print, an eagle holds an arrow, an olive branch, and a banderole inscribed "Millions for Our Defence Not a Cent for Tribute"—the Federalist campaign slogan rebuking France's attempt to extort money from the United States during the 1797–1798 diplomatic scandal known as the XYZ Affair.

This engraving, titled A Display of the United States of America, was an updated version of an earlier engraving by Doolittle that featured George Washington surrounded by the seals of the thirteen original states.