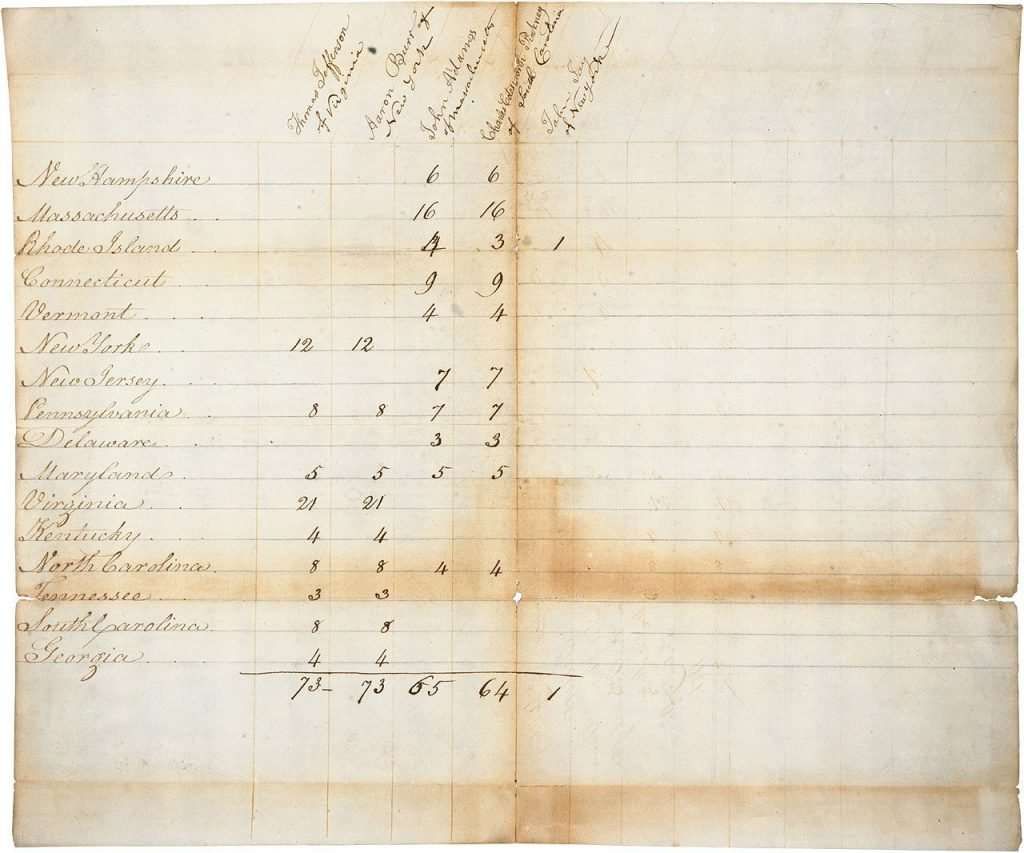 Electoral Votes in the 1800 Presidential Election

This official document from the National Archives tallies the Electoral College votes in the presidential election of 1800. The incumbent president, Federalist candidate John Adams, and his running mate, Charles Cotesworth Pinckney, received 65 and 64 votes, respectively. The original Constitution did not distinguish votes for president from votes for vice president; thus, one Federalist elector from New York voted for John Jay to ensure that the candidates would not receive the same number of votes. The Democratic-Republican state electors failed to do the same. Though the Democratic-Republican candidates, Thomas Jefferson and Aaron Burr, won the overall Electoral College vote, the candidates both received 73 votes, thus forcing the House of Representatives to decide which one would be president. Thomas Jefferson eventually was declared president, but not before thirty-six ballots were cast between February 11 and 17, 1801. To avoid a repeat of that situation, Congress proposed the Twelfth Amendment to separate the Electoral College votes for president and vice president. The amendment was ratified in 1804.