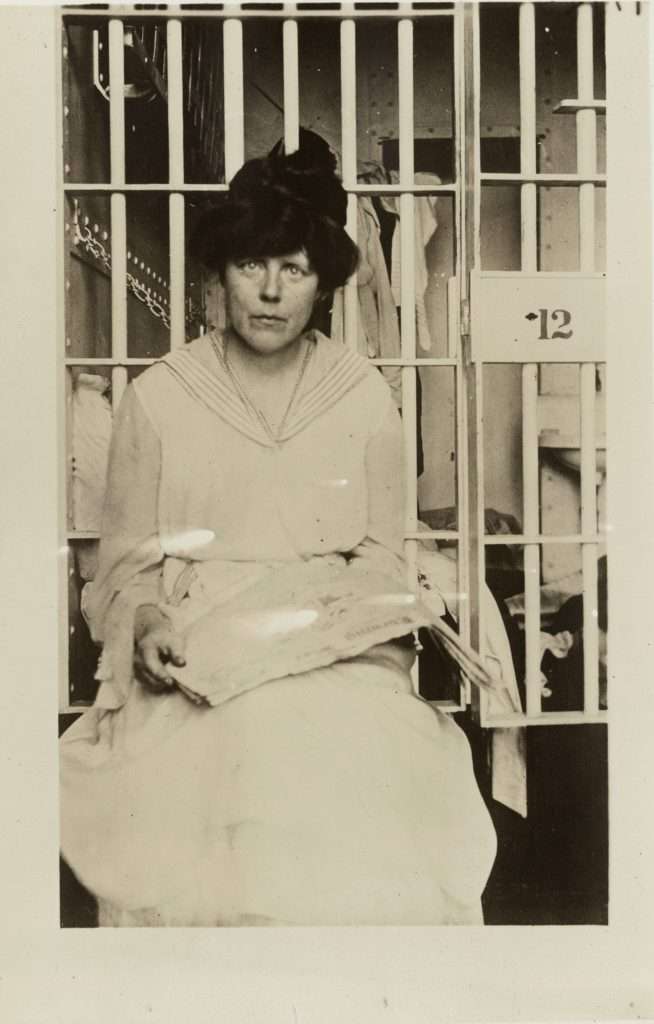 Woman suffragist Lucy Burns holds a newspaper while seated in front of a prison cell, probably at Occoquan Workhouse in Lorton. Burns, who helped establish the first permanent headquarters for the suffrage movement in Washington, D.C., was arrested several times for protesting and picketing at the White House and imprisoned at Occoquan Workhouse. Declaring that she was a political prisoner, she helped foment a hunger strike among the women prisoners, was force-fed, and brutally punished by the prison guards. From February to March 1919, she was part of the "Prison Special," a tour of former inmates who traveled the country recounting their experiences. This photograph is included in the Records of the National Woman's Party housed at the Library of Congress.