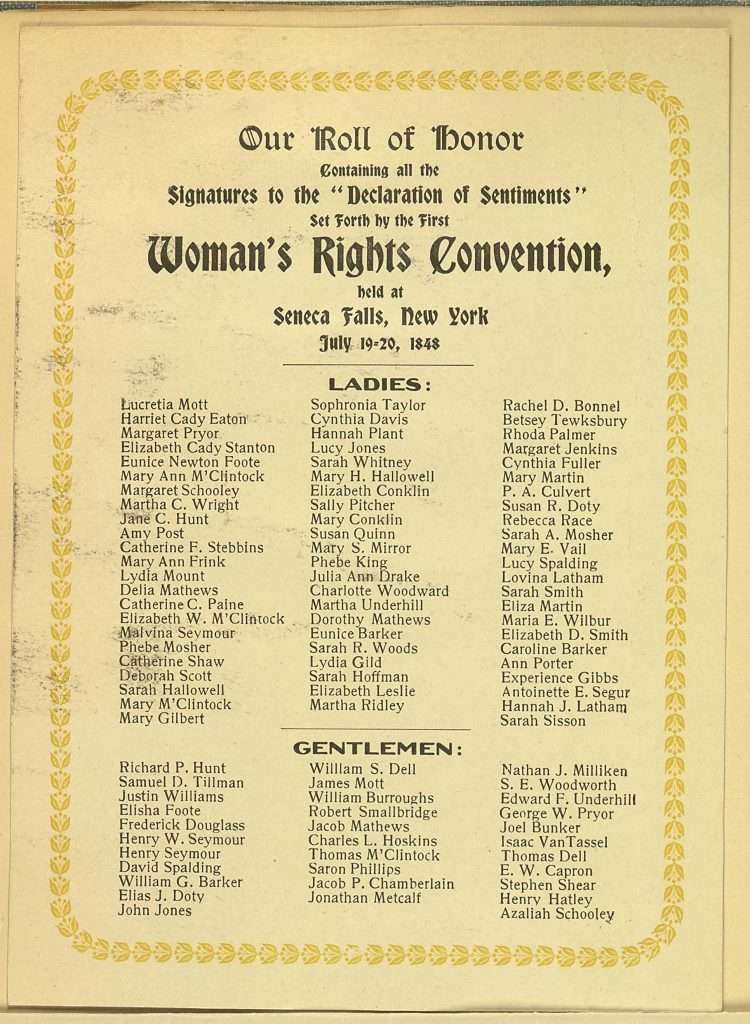 This souvenir card published in 1908 lists the sixty-eight women and thirty-two men who signed the Declaration of Sentiments, a document produced at the Woman's Rights Convention held in Seneca Falls, New York, in July 1848. The declaration asserted "all men and women are created equal." Women's rights activists Elizabeth Cady Stanton and Lucretia Mott signed the document, as did African American abolitionist Frederick Douglass. This card is included in a scrapbook that is part of the National American Woman Suffrage Association Collection at the Library of Congress.