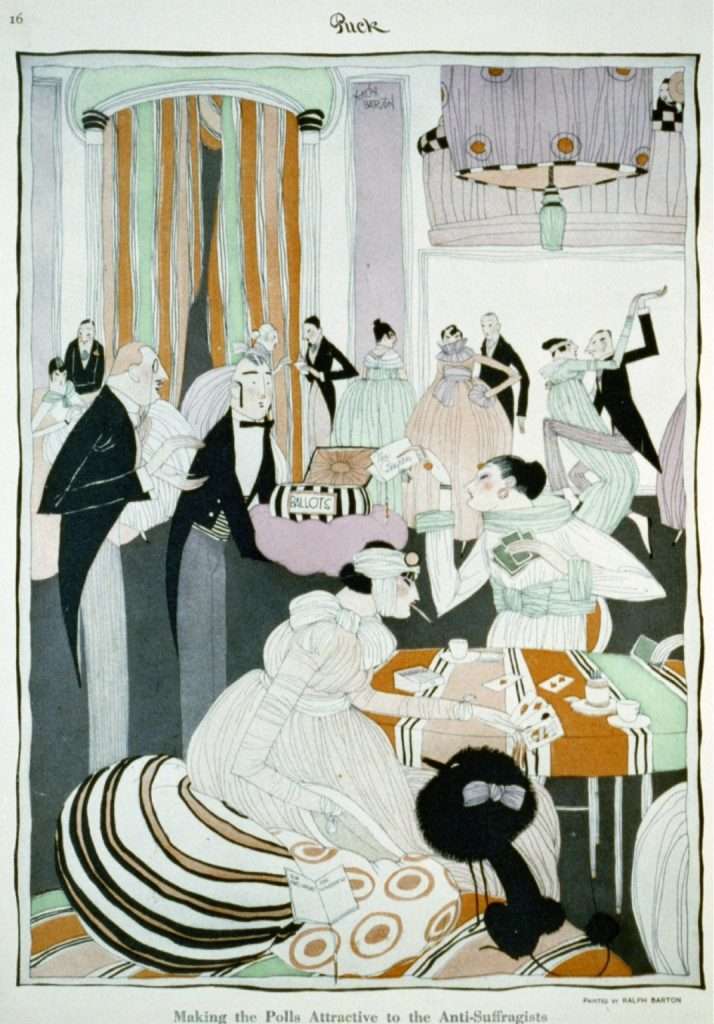 Making the Polls Attractive to the Anti-Suffragists

Illustration shows society women playing cards and dancing rather than voting; only one woman has taken time away from socializing to cast a ballot into a ballot box brought to her card table; an unmarked ballot rests on a cushion next to a woman in the foreground.