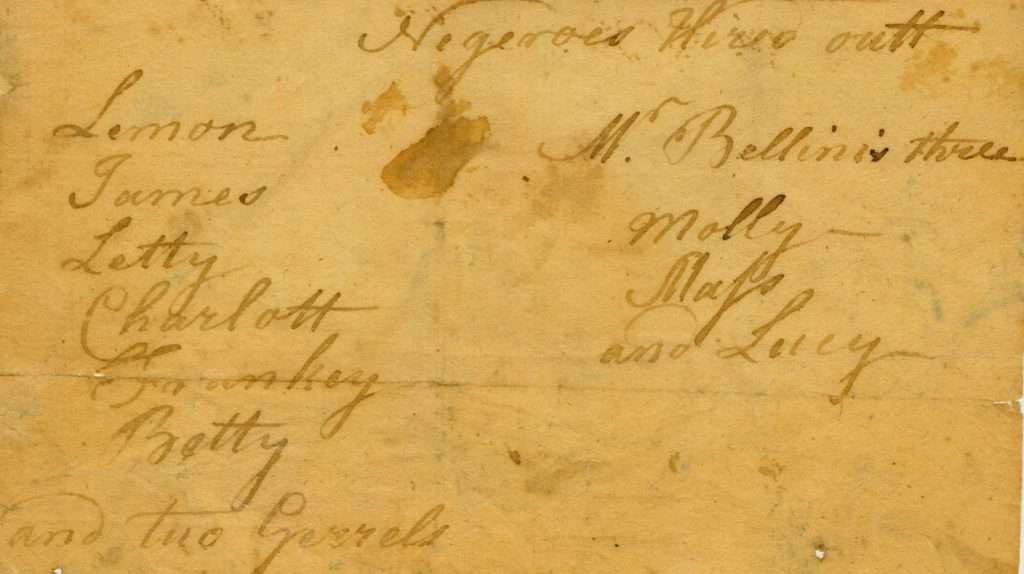 Enslaved Laborers Hired out by the College of William and Mary

This is a detail from a larger document that lists enslaved men, women, and children owned by the College of William and Mary, circa 1780—the only surviving such catalog from the college. The people listed here were hired out to generate income for the college. Lemon, the enslaved man at the top of this list, labored at the college from December 1799 until his death in 1817. To honor his years of unheralded service—as well as that of the other enslaved people at the college—the Board of Visitors at the school has established the Lemon Project: A Journey of Reconciliation and charged it with the task of documenting slavery at the college and its aftereffects.