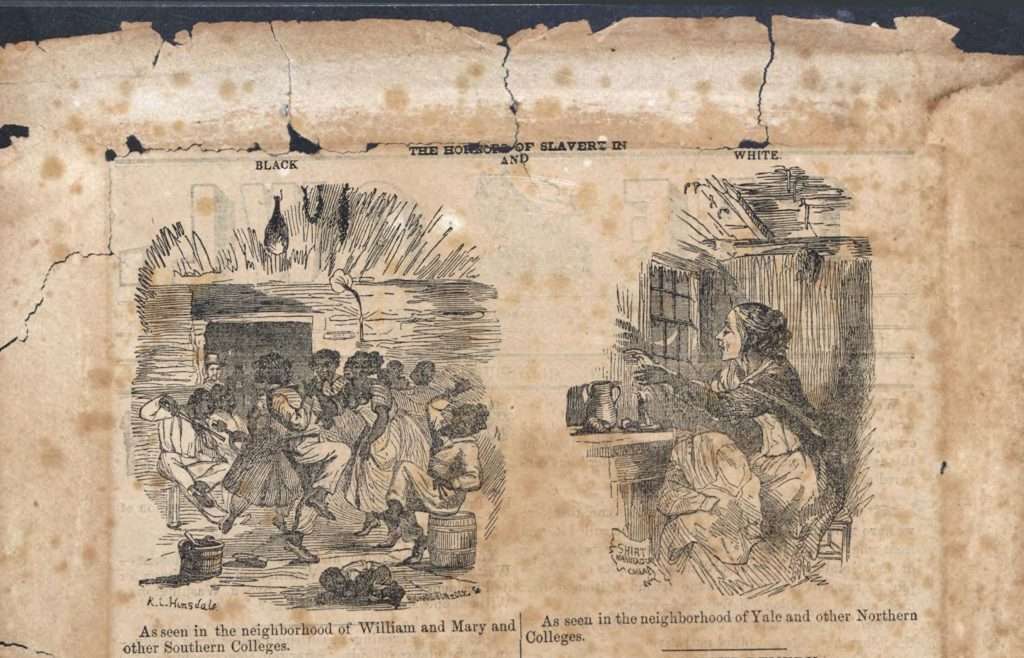 The Horrors of Slavery in Black and White.

This illustration, titled The Horrors of Slavery in Black and White, was published in the January 1854 edition of the Owl, a humor magazine produced by students at the College of William and Mary. At left, the wood engraving depicts enslaved people "in the neighborhood of William and Mary and other Southern colleges" while they are dancing and playing music. At right, it shows a downtrodden white textile worker "in the neighborhood of Yale and other Northern Colleges" who is toiling at night by candlelight.