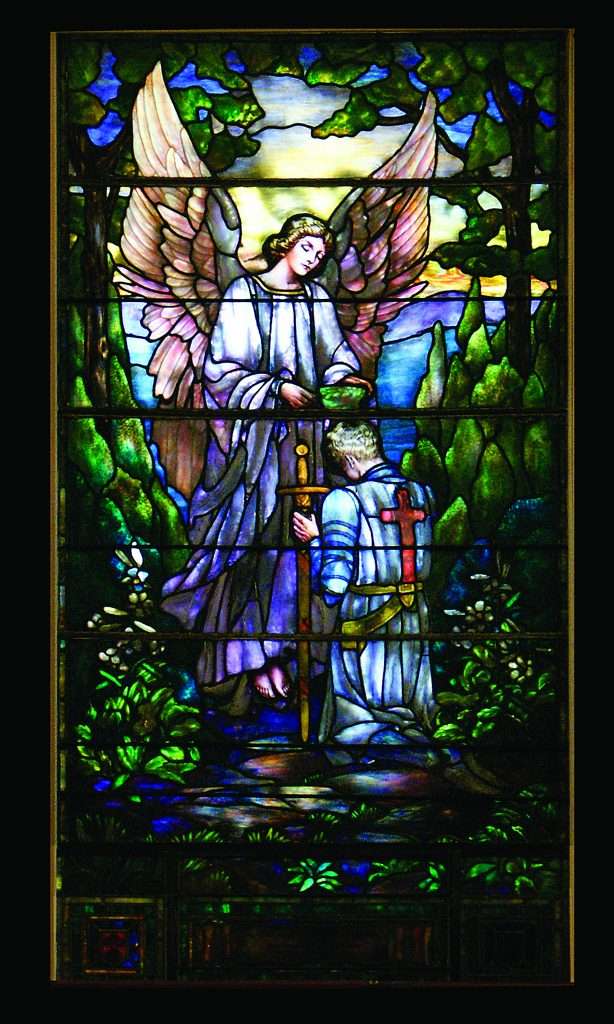 This stained glass window in Saint Paul's Episcopal Church, in Richmond, commemorates the sacrifice of fifteen-year-old John Langbourne Williams, who died in 1918 from influenza after helping those afflicted with the virulent virus. Williams was a member of the Richmond Boy Scouts ambulance corps when he contracted the disease.

Portrayed here as a young knight receiving a crown of laurel leaves from an angel, Williams wears a garment with a red cross on the back. The window was created by Lamb Studios, the oldest continuously operating stained glass maker in the country.