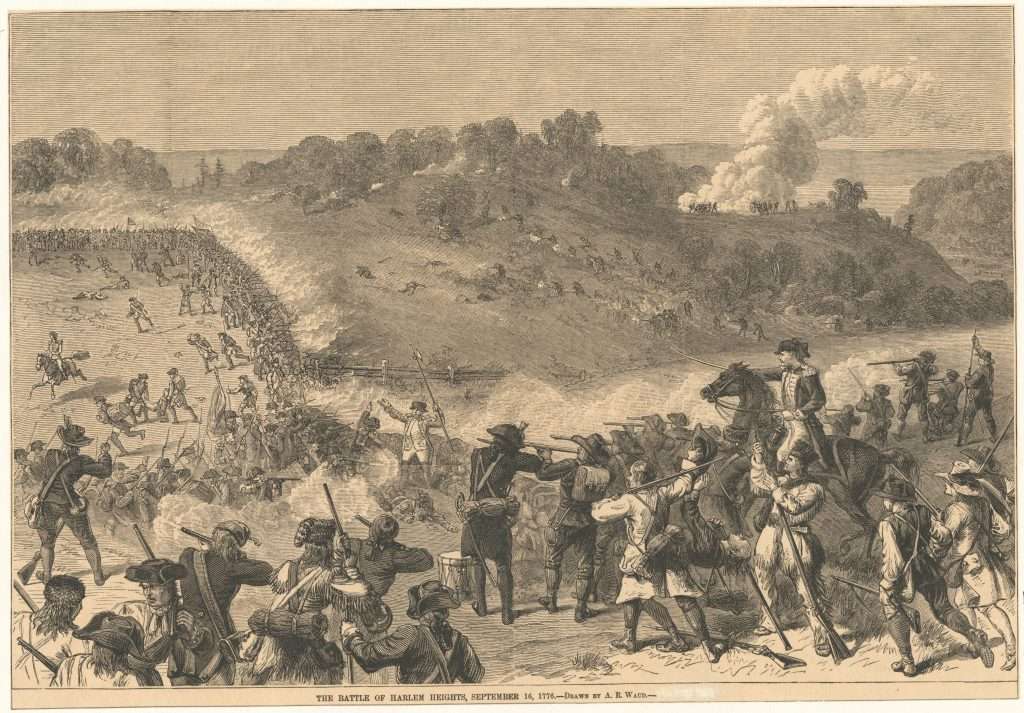 A Continental army officer on horseback, his sword drawn, directs members of the regular army and buckskin-clad militiamen as they fire upon British forces during the Battle of Harlem Heights on September 16, 1776. Under the command of George Washington, the Continental army held the high ground in Harlem and forced the British to retreat.

Alfred R. Waud, a well-known nineteenth-century illustrator for Harper's Weekly and other publications, created this image.