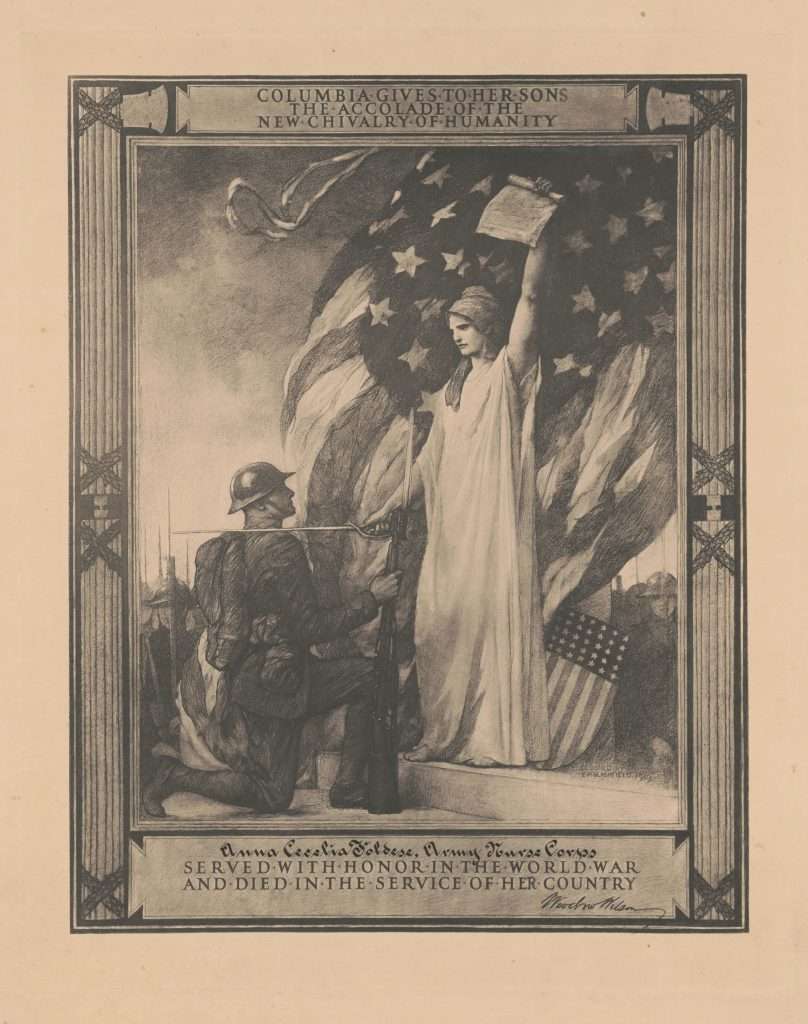 Honoring a Victim of Influenza

A certificate signed at bottom right by President Woodrow Wilson honors the Red Cross nurse Anna Cecelia Foldesi (misspelled as "Foldese"), who died from influenza and pneumonia while serving the troops at Camp Dodge in Iowa. She died on November 8, 1918, three days before the armistice ended World War I. Though the certificate was intended to honor the nurse, the artist, Edwin Howland Blashfield, created a scene in which Columbia, the female symbol of the United States, places a sword on the shoulder of a soldier dressed for combat—as if she were knighting him—while she holds aloft a proclamation in her other hand. A large American flag is behind her, as well as additional soldiers. At top it reads: "Columbia Gives to Her Sons the Accolade of the New Chivalry of Humanity." The bottom of the print directly addresses the nurse, who "Served With Honor in the World War and Died in the Service of her Country."