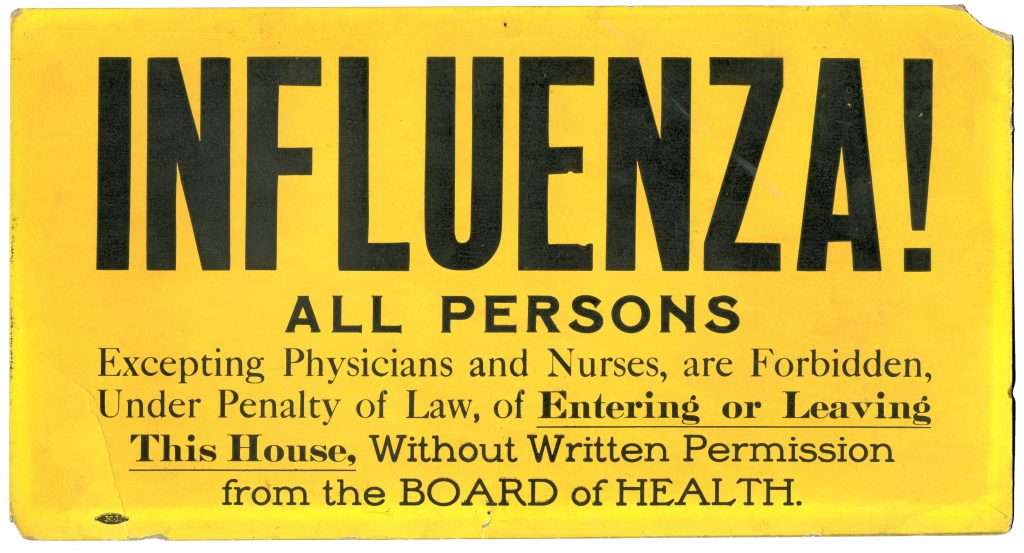 During the influenza pandemic of 1918–1919, signs such as this one were posted on houses where people were sick with the virulent virus. With the exception of medical personnel, anyone entering or leaving the house had to have written permission from the Board of Health. Quarantining households was an attempt to stop the illness from spreading throughout neighborhoods.
FEATURED IN