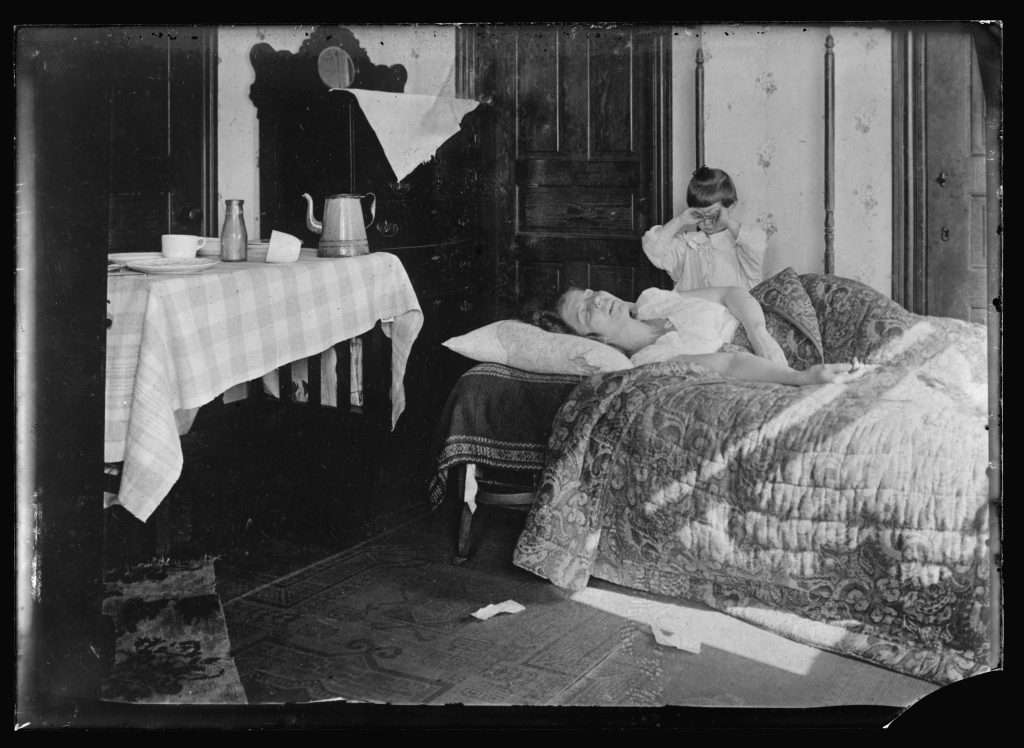 In this dramatic photograph (perhaps staged), a woman named Mrs. Brown lies sick in bed with influenza in 1918. Beside her is a child, presumably her daughter, covering her eyes. The woman's husband was a soldier in France, part of American forces fighting in World War I. Mrs. Brown's sister had not been able to reach her for a week, so she telephoned the Red Cross Home Service who came and took care of the sick woman. This photograph was among a number of images donated to the Library of Congress by the American National Red Cross.