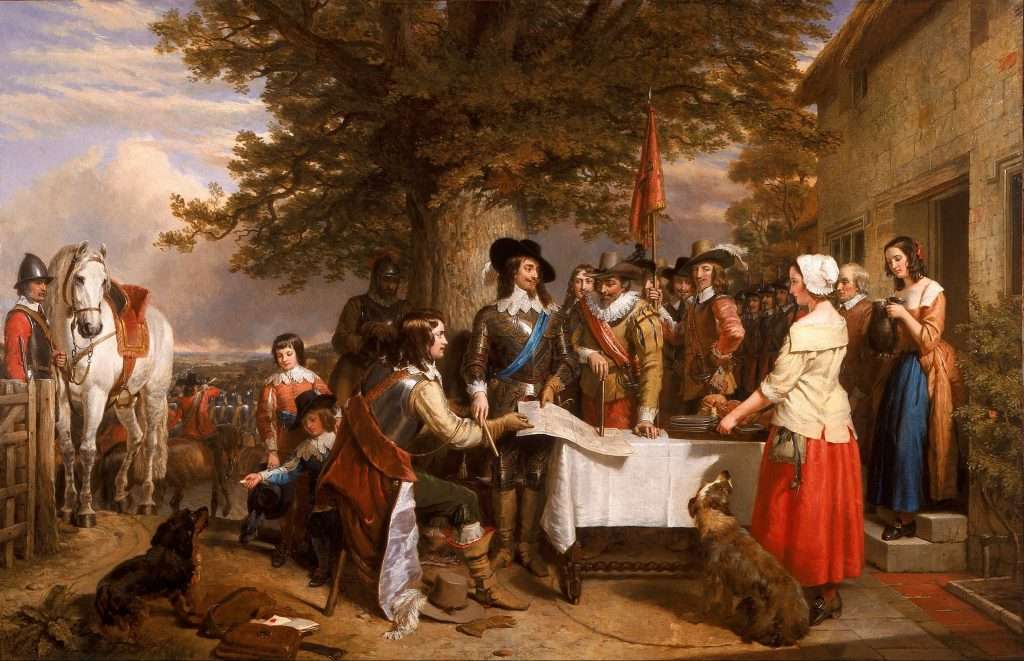 This painting by Charles Landseer depicts a scene on the eve of the Battle of Edge Hill. The first battle of the English Civil Wars, it took place on October 23, 1642. The years-long conflict pitted King Charles I and his supporters (called Cavaliers) against groups that opposed his rule—the Covenanters in Scotland and the Parliamentarians (or Roundheads) in England. The king stands at center, wearing a black plumed hat and a blue sash indicating membership in the Order of the Garter, the highest order of chivalry in England. The earl of Lindsay stands next to the monarch, pointing to a map with his commander's baton. (Sir Lindsay was killed during the battle). The two children in the background, one of them feeding a dog, are the Prince of Wales (later King Charles II) and the Duke of York (later King James II).