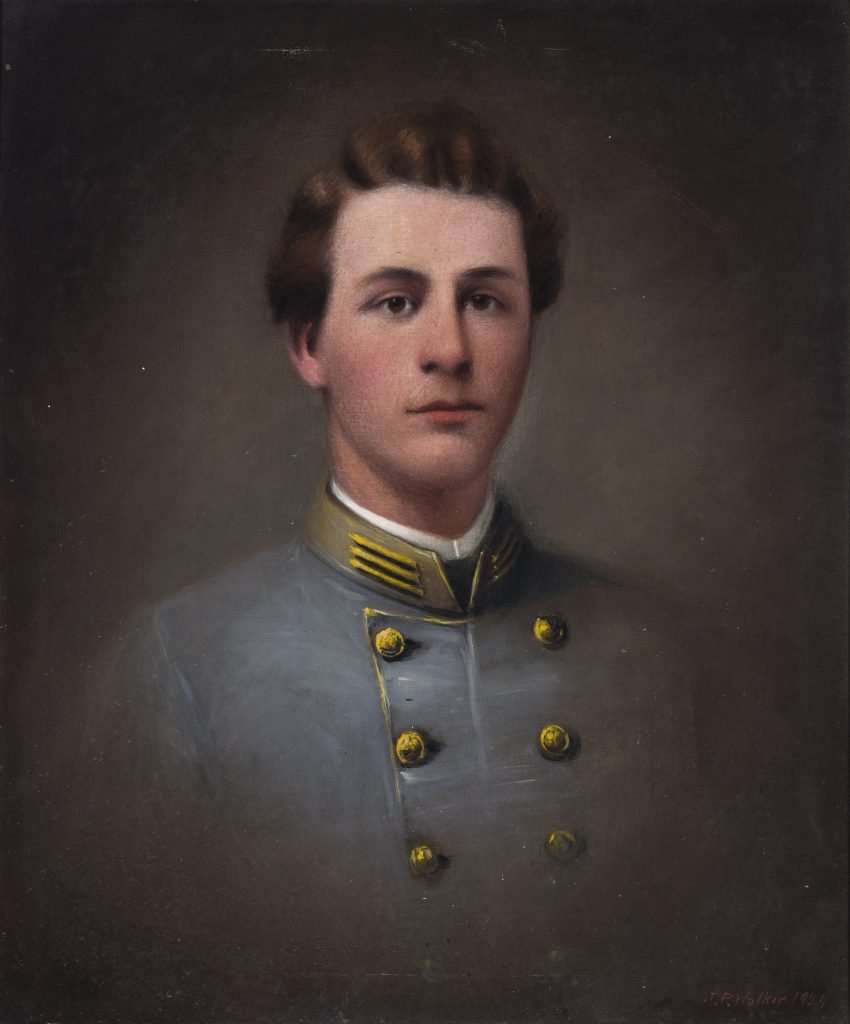 This twentieth-century portrait of Robert E. Lee Jr. depicts him in his uniform as a Confederate captain, the rank he attained during the Civil War. Lee Jr. was the youngest son of Confederate general Robert E. Lee, and in 1904 he published a widely acclaimed book of his father's collected letters and family anecdotes that was titled Recollections and Letters of General Robert E. Lee.