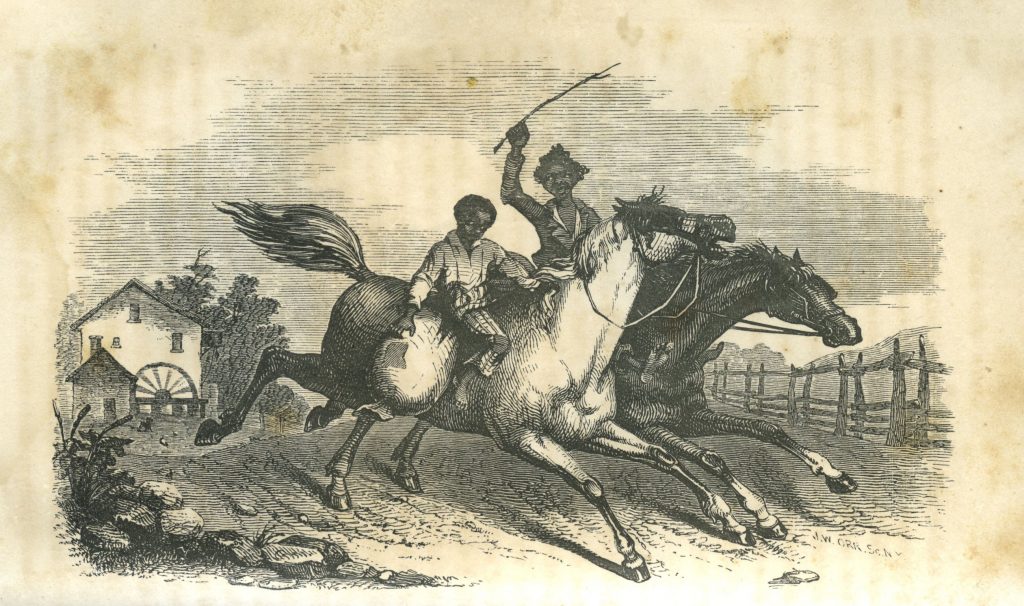 A pair of enslaved boys race one another on horseback in this engraving published in John Pendleton Kennedy's Swallow Barn, or A Sojourn in the Old Dominion (1832), a romantic evocation of the day-to-day life of slavery on a southern plantation. The author describes enslaved boys in the gristmill as having a rather carefree existence, and, at one point he refers to them as "monkeys":

… nothing was more common than to see a dozen ruminative old horses, with as many little bare-legged negroes astride upon them, with the large canvas mill-bags spread out for saddles, all collect of a morning round the mill door, each waiting for his turn to get his sack filled. Sometimes these monkeys were fast asleep for hours on their steeds; and sometimes they made great confusion about the premises with their wild shouts, and screams, and rough-and-tumble fights in which they were often engaged.