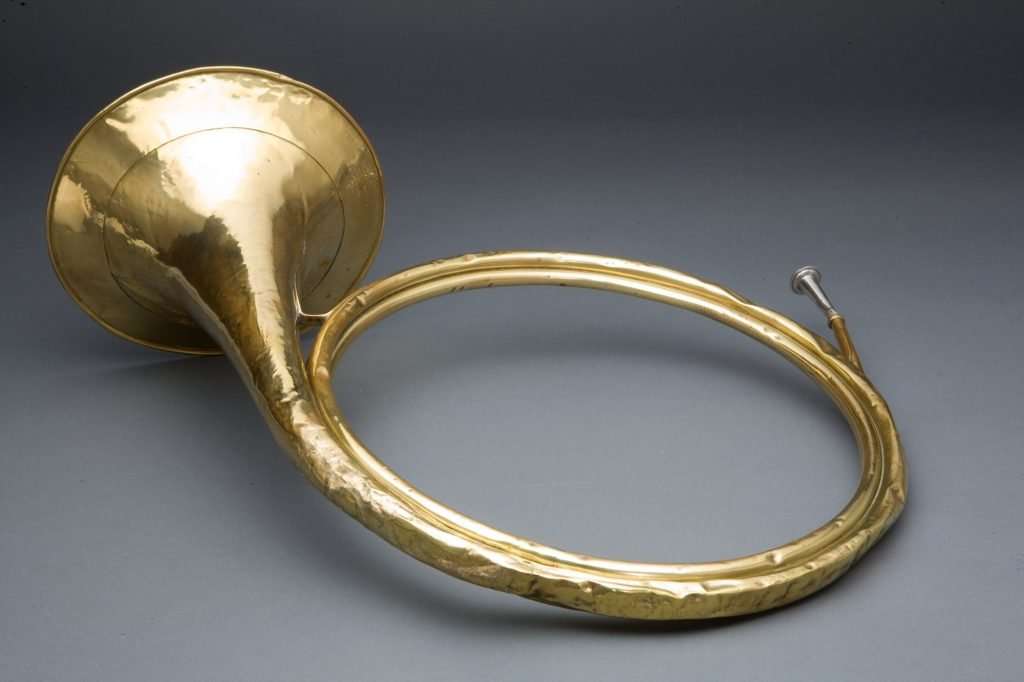 This late-eighteenth-century brass horn with a silver mouthpiece is from the collections at Mount Vernon. A horn such as this one would have been used during the autumn and winter fox hunts that George Washington enjoyed at his Fairfax County plantation. William "Billy" Lee and Frank Lee, enslaved brothers owned by Washington, managed the hounds during the hunts and used horns, which they played with one hand while riding, to direct the dogs. George Henry Rodenbostel of London made this horn, which is so finely crafted that the maker may have intended it to be used in an orchestra rather than on a hunting field.