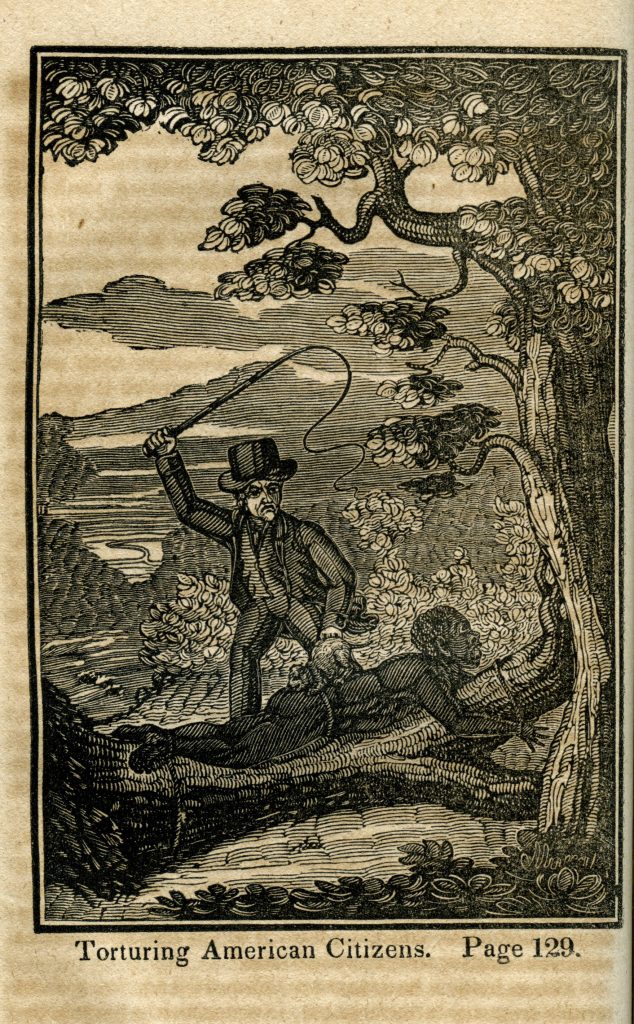 In this gruesome scene depicted in George Bourne's Picture of Slavery in the United States of America (1834), a white man whips an enslaved worker who has been stripped and bound to a log. Having already beaten the worker "most mercilessly, until his back was one entire mass of blood and flesh," the sadistic master inflicted more punishment. He placed a large cat on the Black man's back and "so fastened the animal, that in endeavouring to get loose, the cat's talons continually tore the slave's already gory back." That torture was followed by coating the wounded man's back with "the usual plaster, salt, pepper, vinegar &c.," which created additional agonies. The enslaved laborer was then ordered back to work.

Abolitionist author George Bourne quoted an eyewitness account of this scene and included it in his book. Bourne, a native of England, became a Presbyterian minster in Virginia, where he was appalled by the violence and cruelty of slavery and wrote about it.