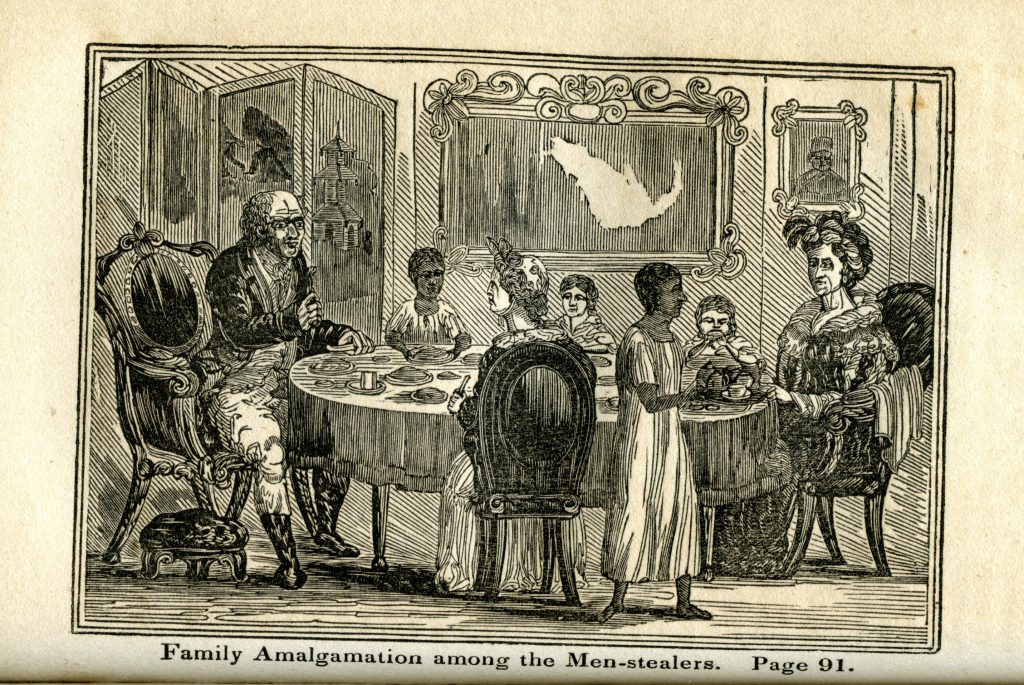 Family Amalgamation among the Men-stealers.

An engraving titled Family Amalgamation among the Men-stealers presents a southern scene in which two enslaved servers are mixed race and related to their enslaver at the head of the table, and their two half-sisters sitting on the far side of the table. This image was published in George Bourne's abolitionist text Picture of Slavery in the United States of America (1834), and he described this scene as follows:

You put up at the Tavern of some Major or Colonel of 70 years of age; presently you are astonished to find yourself attended by a tawdrily dressed girl who appears as the tavernkeeper's daughter… with two or more waiters nearly or quite naked, manifestly her own brothers or sisters, only with a differently tinged skin.