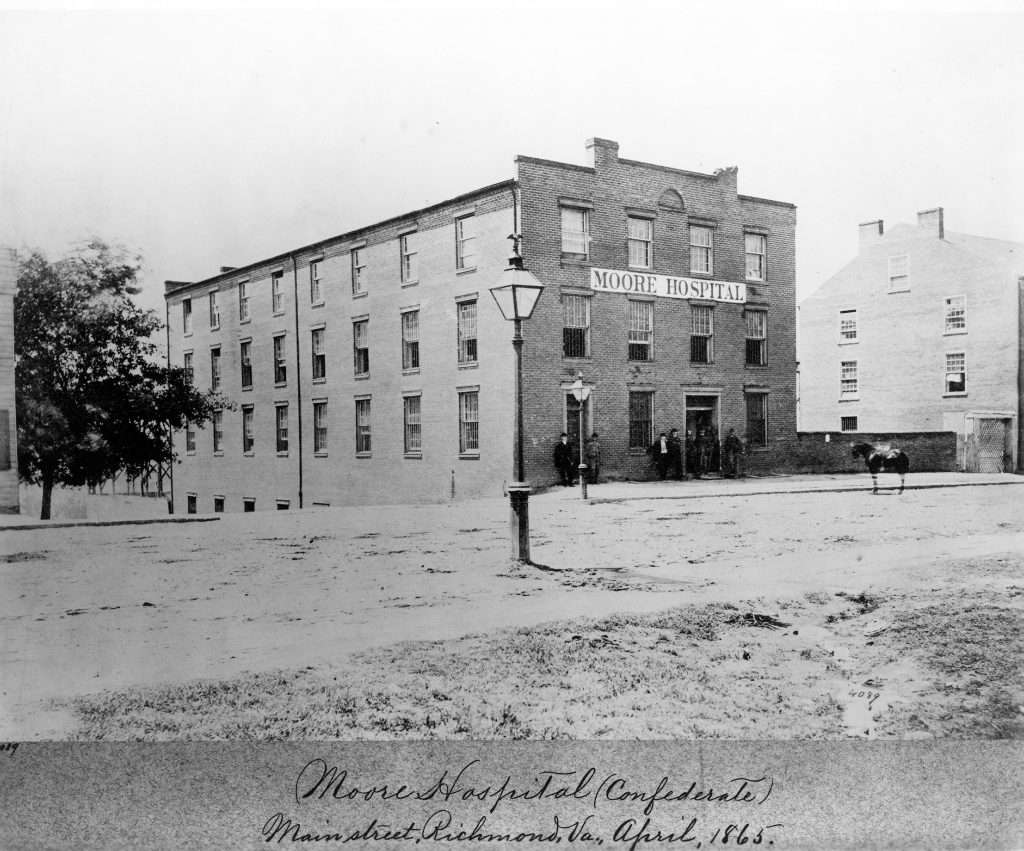 Bars cover the windows on the first two floors of Moore Hospital, a Confederate medical facility located on the southwest corner of 26th and Main streets in Richmond, Virginia. Originally a tobacco factory owned by George Harwood, during the Civil War the brick building was transformed into a prison for Union soldiers before it became a Confederate hospital. An 1862 New York newspaper article reported that a Confederate guard from Kentucky who worked there while it was a prison was "notorious for his cruelty." That guard was Lieutenant David Todd, the brother-in-law of United States president Abraham Lincoln.