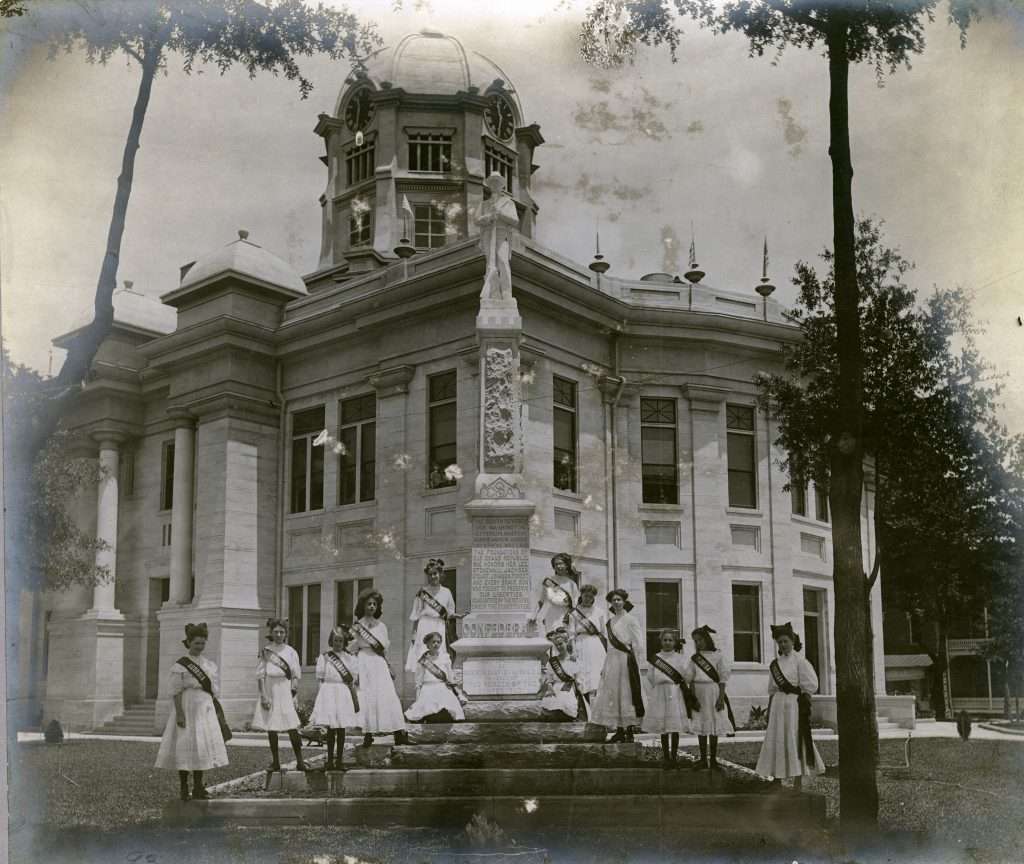 Girls wearing sashes bearing the names of the Confederate states pose in front of a Confederate monument erected in Ocala, Florida, in 1908 by the Dickison Chapter of the United Daughters of the Confederacy. Initially located in front of the Marion County Courthouse, it was moved several times because of construction, and in 2010 was placed in a war memorial park in Ocala.