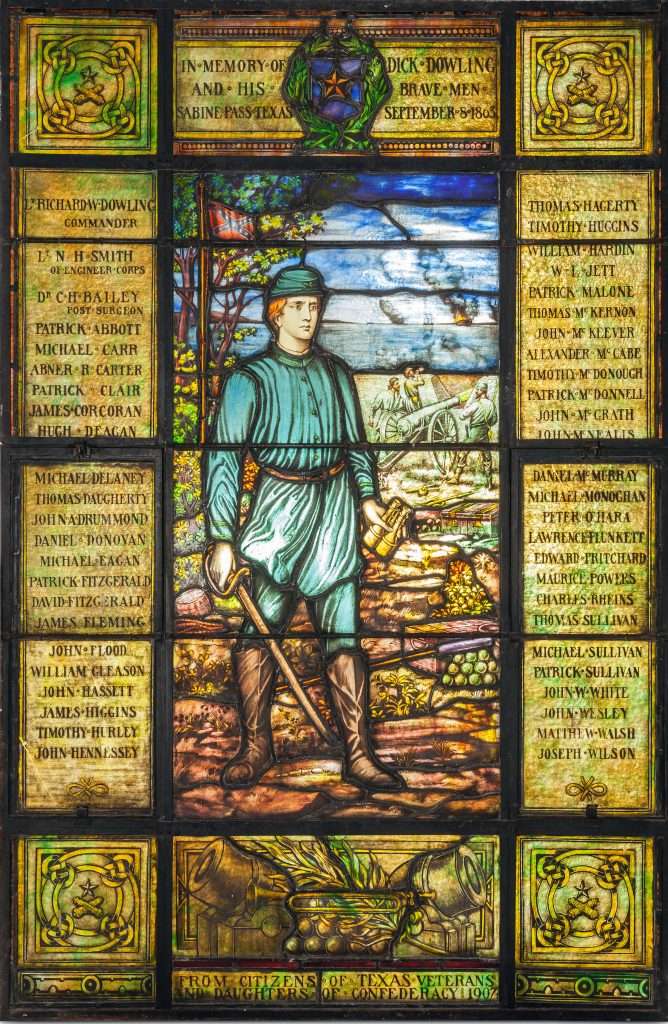 A leaded stained glass window commemorates Confederate lieutenant Richard "Dick" Dowling and his artillerymen who defeated a Union flotilla attempting to invade Texas at the Second Battle of Sabine Pass on September 8, 1863. Dowling, in the foreground, is depicted with field glasses and a sword as his men fire upon the Union ships. "Citizens of Texas veterans [and] Daughters of Confederacy" commissioned the memorial in 1907.