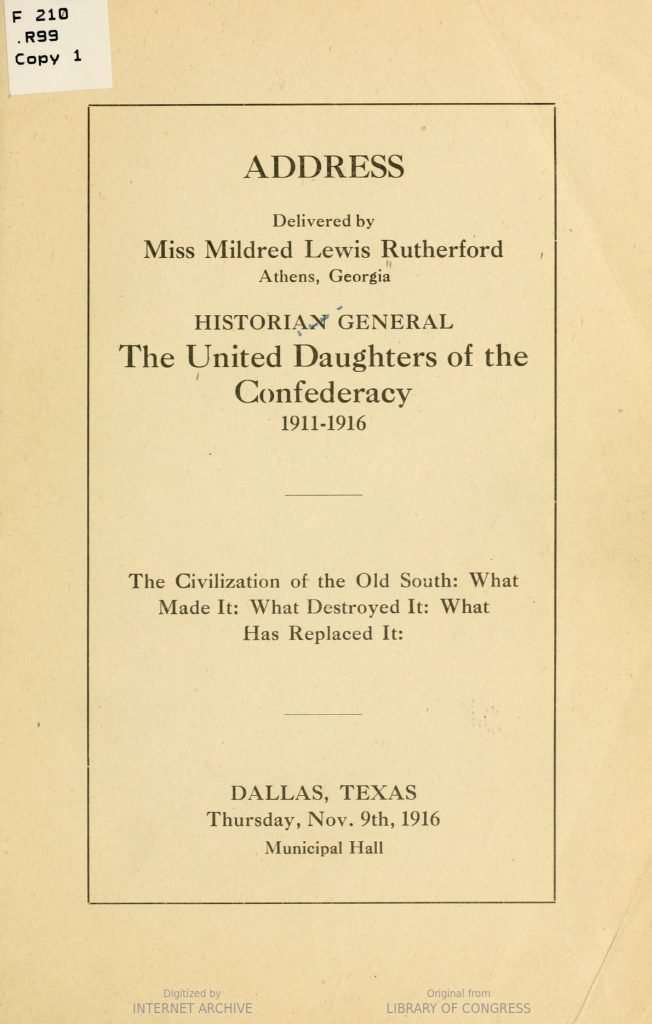 Address Delivered by the Historian General of the UDC

This is the printed version of a speech delivered by Mildred Lewis Rutherford, who from 1911 to 1916 served as the historian-general of the United Daughters of the Confederacy. A paean to the virtues of the antebellum South, the address was presented at Municipal Hall in Dallas, Texas, on November 9, 1916. The title of her talk was "The Civilization of the Old South: What Made It: What Destroyed It: What Has Replaced It."