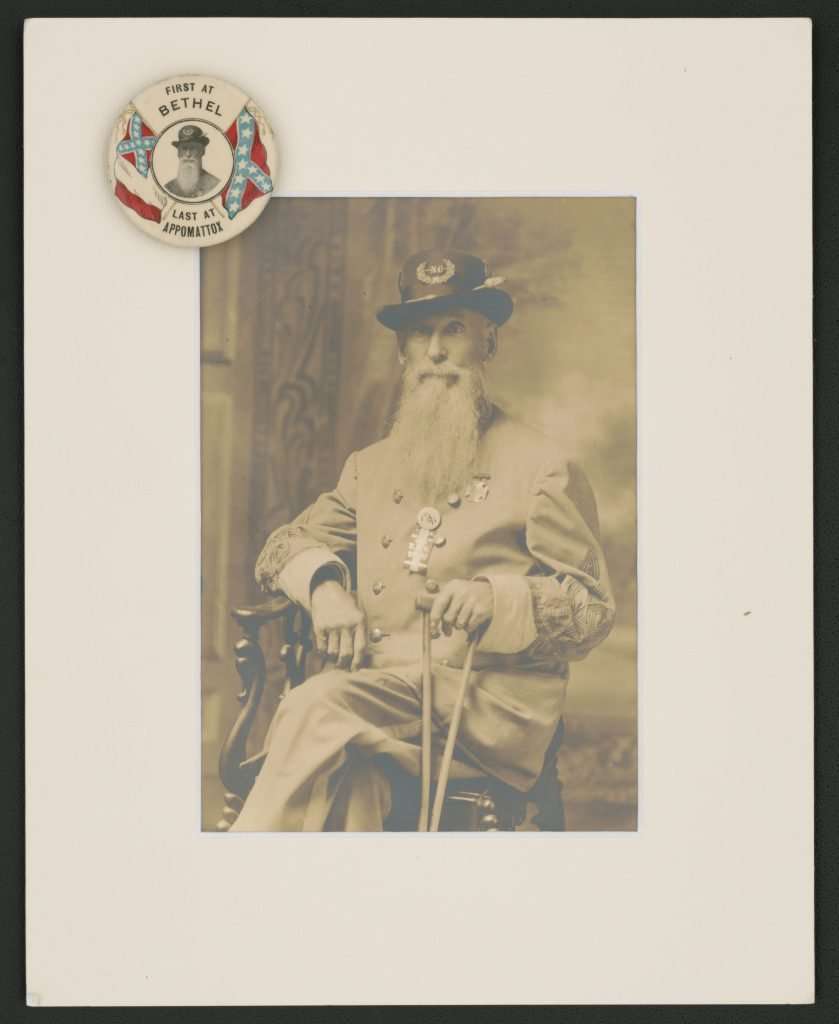 The Confederate Civil War veteran, William A. Smith, who had served as a private in Company C of the 14th North Carolina Infantry Regiment, poses for a photographic portrait about 1930. Smith, who was wounded in 1862 at the Battle of Malvern Hill, holds a crutch in his left hand. When this photograph was taken, he was serving as the commander of Anson Camp No. 846 of United Confederate Veterans (UCV) in Wadesboro, North Carolina, as well as commander of the North Carolina Division of the UCV. A celluloid pin attached to the photograph's mat bears the image of Smith flanked by two Confederate flags—the Confederate battle flag on the right and the third national flag of the Confederacy (known as the Blood-Stained Banner) on the left. The pin also contains the refrain of North Carolina veterans who boasted of having taken an active role throughout the war: "First at Bethel," one of the earliest battles of the Civil War in 1861, and "Last at Appomattox," where Confederate general Robert E. Lee surrendered the Army of Northern Virginia on April 9, 1865.

This photograph, attached to a letter written to Smith by Mrs. Thomas W. Wilson, the president of the North Carolina Division of the United Daughters of the Confederacy, is part of the Liljenquist Family Collection of Civil War Photographs at the Library of Congress.