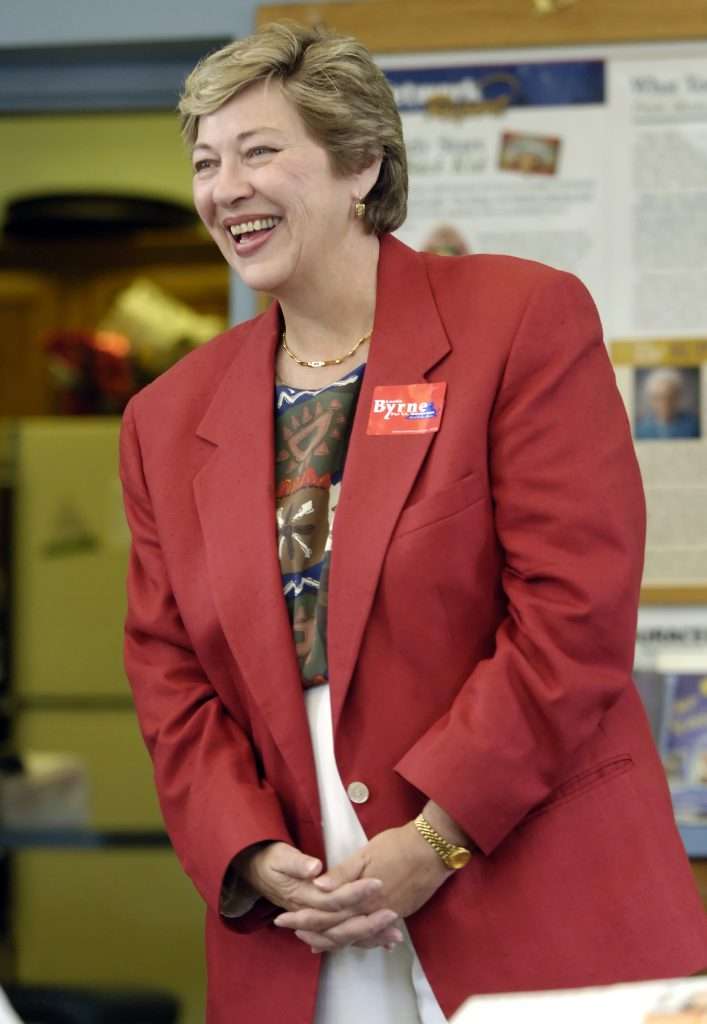 Leslie Byrne campaigns in 2005 for lieutenant governor, a post she did not win. Byrne was the first woman elected to the U.S. Congress from Virginia, serving as a Democrat for one term, from January 3, 1993, until January 3, 1995. Byrne emerged as a skilled fund-raiser and hard-nosed campaigner, but her tenure in Congress was marked by Democratic defeats over health care issues and her own sometimes difficult relationships with fellow representatives. In addition to her term in Congress, Byrne served in the Virginia House of Delegates (1986–1992) and the Senate of Virginia (2000–2003). She also served as the White House Director of Consumer Affairs under U.S. president Bill Clinton.