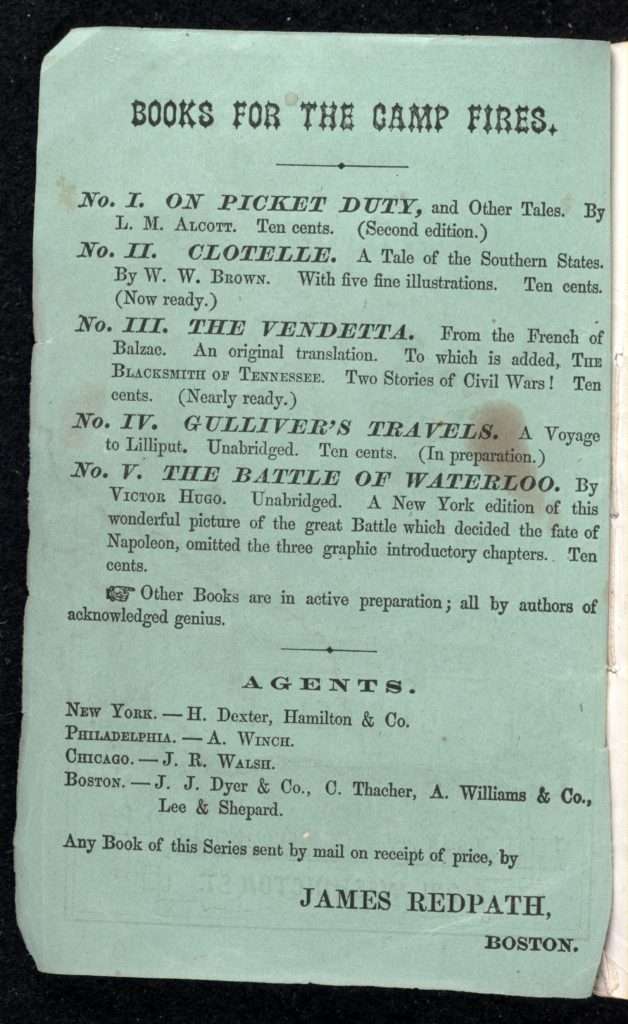 This advertisement lists the fiction being published as part of Redpath's Books for the Camp Fires, a pamphlet series of novels and short stories produced primarily for Union soldiers during the Civil War. Among the works was fiction by Louisa May Alcott, Victor Hugo, Balzac, Jonathan Swift (Gulliver's Travels), and William Wells Brown. Each pamphlet cost ten cents and represented the work of "authors of acknowledged genius," according to the advertisement. This page was included in the pamphlet that contained Brown's Clotelle: A Tale of the Southern States (1864).