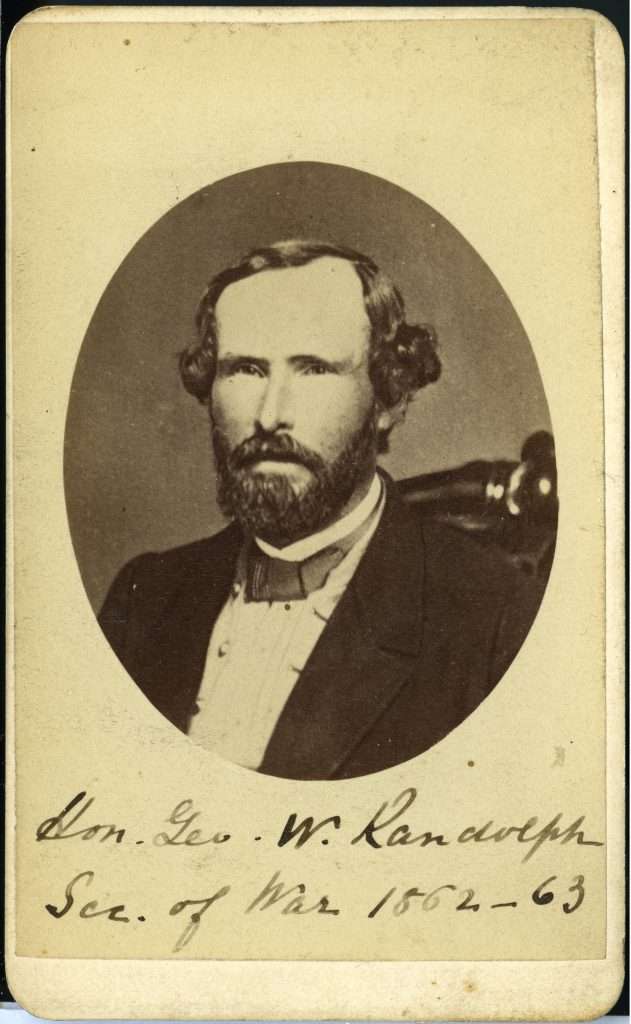 George Wythe Randolph, grandson of former U.S. president Thomas Jefferson, is the subject of this small, calling card–sized photograph, known as a carte-de-visite. This image was produced in David H. Anderson's photo studio in Richmond around 1866, but was probably made from an earlier photograph. Randolph served as a lawyer, Confederate general, and the Confederate secretary of war from March 1862 until November 1862. (The handwritten caption beneath the photograph dating Randolph's tenure as secretary of war is incorrect.)