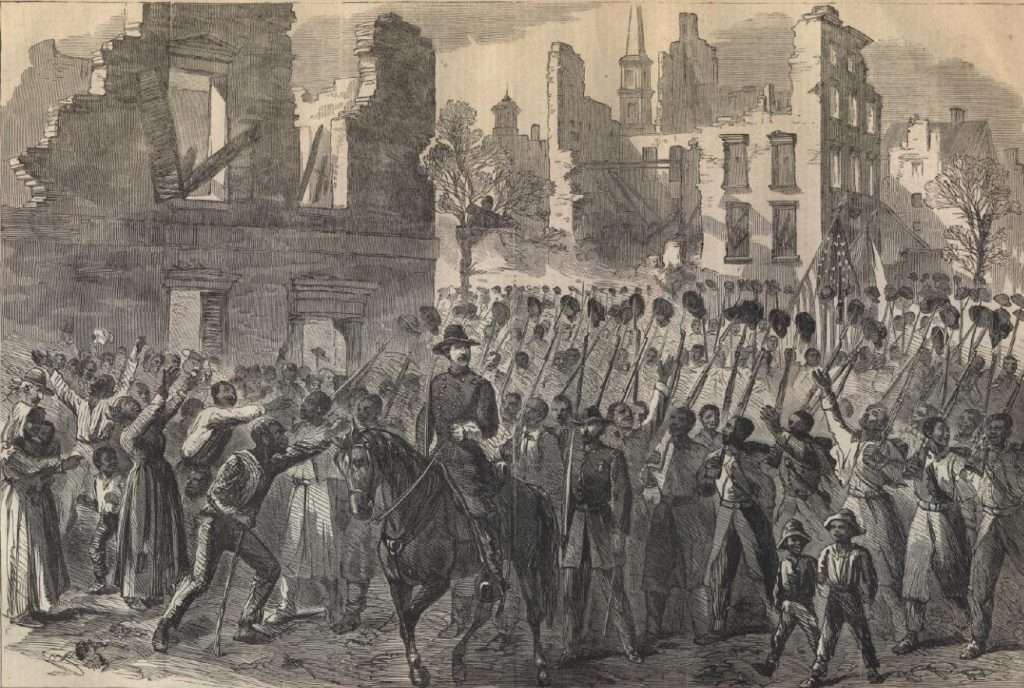 An engraving published in the March 18, 1865, edition of Harper's Weekly, depicts a white Union officer on horseback leading the African American soldiers of the 55th Massachusetts Infantry Regiment through the streets of Charleston, South Carolina, on February 21, 1865, after that city fell under United States control. The accompanying article reads in part:

Our readers will remember that the first troops occupying the city were negroes under Colonel [Augustus] Bennett. On the night of the '21st the Fifty-fifth Colored Massachusetts landed in the city and marched through the streets, singing the March of John Brown's Soul. If the war itself was a revolution of citizens against their Government, it has introduced also a revolution quite as profound in the relation hitherto existing between the negro and his master.