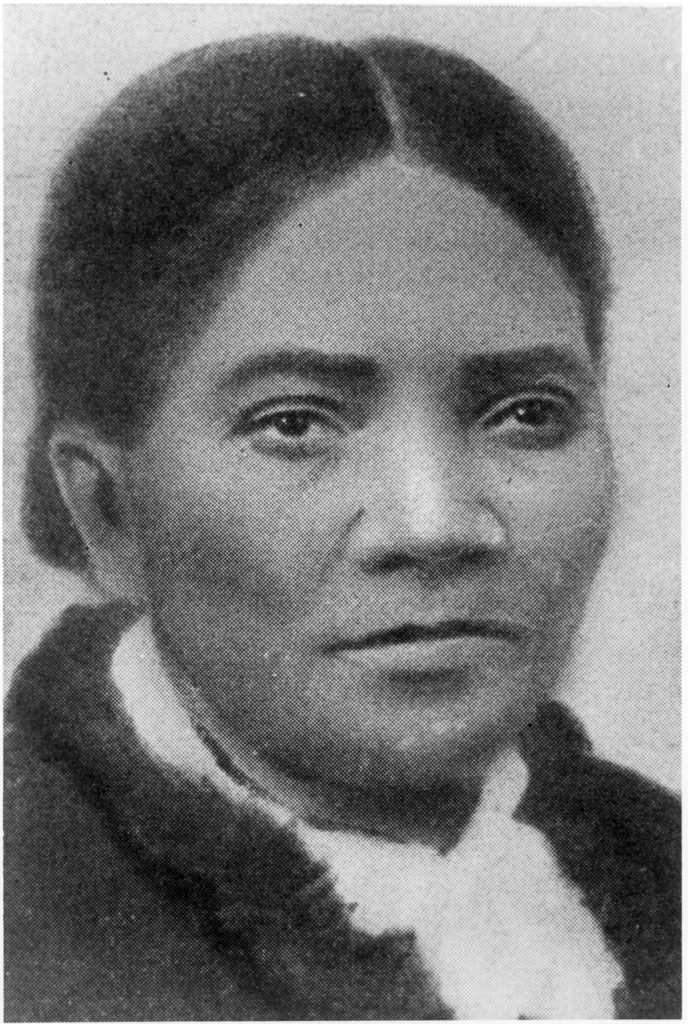 Ann-Elizabeth Fossett Isaacs is the subject of this photographic portrait published in Ebony magazine in 1954. Isaacs was the fourth of ten children born to Edith Hern Fossett, an enslaved cook who labored at Thomas Jefferson's plantation Monticello and at the White House during his presidency, and Joseph Fossett, an enslaved blacksmith at Monticello. After Jefferson's death, Isaacs, six of her siblings, and her mother were all auctioned off because of debts that Jefferson had incurred. In 1837 Isaacs was manumitted through the efforts of her father. At the time she was married to Tucker Isaacs, a mixed-race man from Charlottesville, and the couple moved with her family to Ohio.