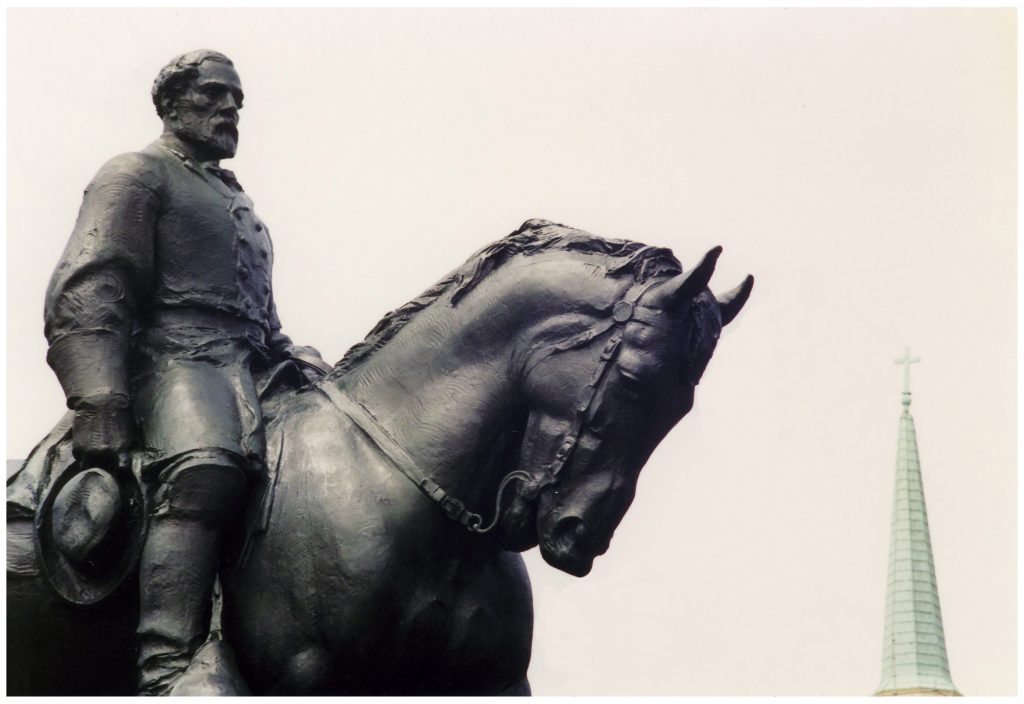 Confederate general Robert E. Lee, in full uniform and holding his hat in his hand, sits astride his most famous horse, Traveller, in this monumental bronze sculpture that stands as the centerpiece of a park in downtown Charlottesville. Lee commanded the Army of Northern Virginia during the Civil War and became an important symbol of the Lost Cause in the decades that followed the Confederate defeat. The sculptor Henry Merwin Shrady designed the monument but died before it was finished. Leo Lentelli, an Italian-born sculptor, took over the project and oversaw its completion. Unveiled in 1924 in an all-whites park known as Lee Park, the sculpture has been at the center of a controversy over its possible removal since 2012.