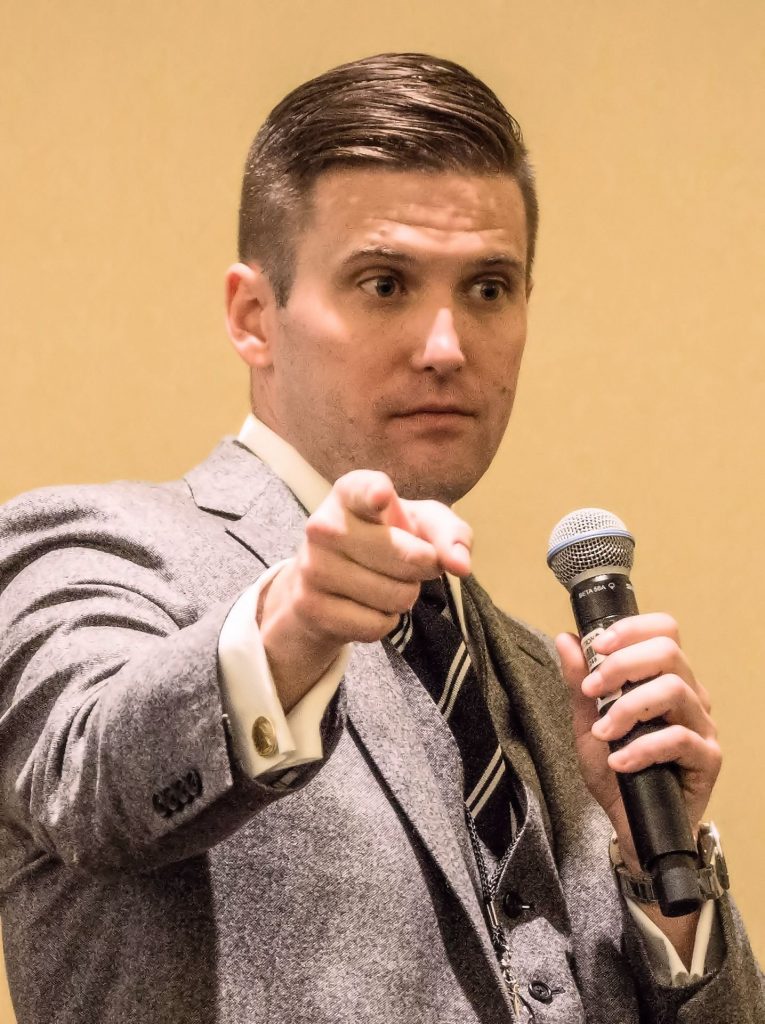 Richard B. Spencer, a self-described "white nationalist" who supports the creation of an all-white state and the "peaceful ethnic cleansing" of non-whites from the United States, speaks at a public gathering in 2016. A graduate of the University of Virginia, Spencer led a torch-lit rally in Lee Park (later Market Street Park) in Charlottesville on May 13, 2017, to protest the possible removal of the statue of Robert E. Lee there. This event led to additional protests that culminated in the deaths of three people on August 12, 2017.