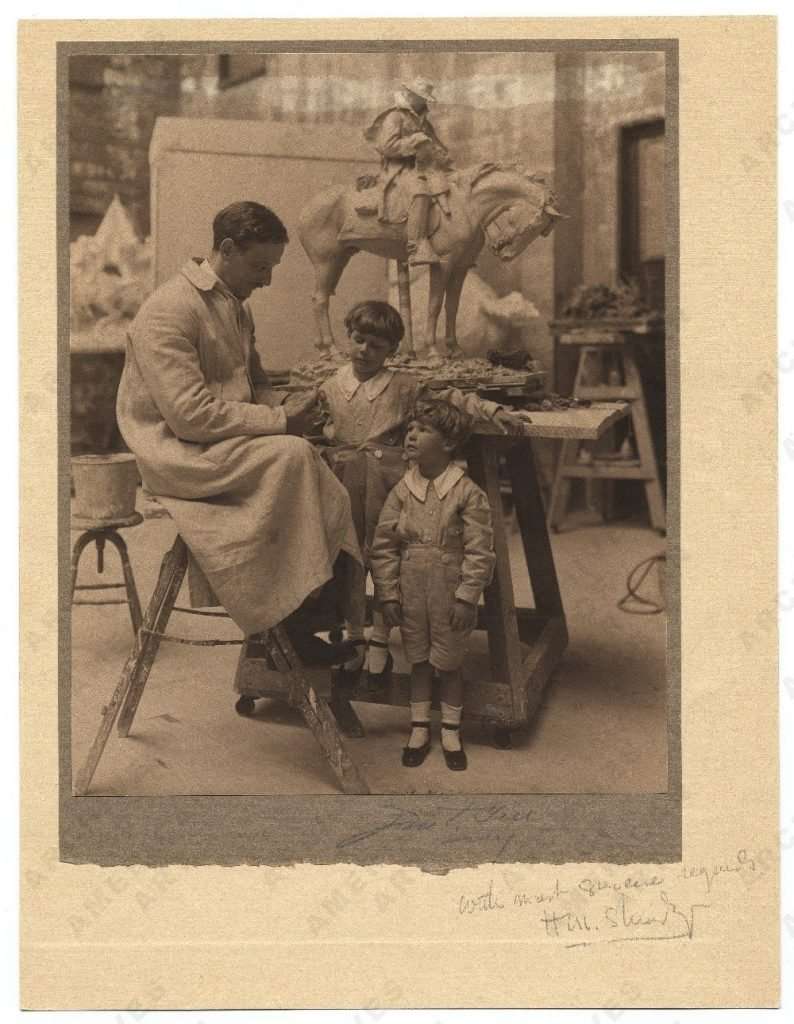 Henry Merwin Shrady poses in his studio about 1911 in White Plains, New York, with his sons Frederick and Lewis. A model for his equestrian memorial to Union general Alpheus S. Williams is in the background. The completed statue of Williams stands in Belle Isle Park in Detroit.

Shrady's best-known sculpture is the Ulysses S. Grant Memorial at the base of Capitol Hill in Washington, D.C., a work that took twenty years. While still working on the statue of Grant, Shrady accepted a commission to execute a sculpture of Grant's chief nemesis during the Civil War, Confederate general Robert E. Lee, for a newly created park in Charlottesville, Virginia. Shrady died in 1922, while still at work on the Lee project, and the commission transferred to the sculptor Leo Lentelli. The final work was signed, "Conceived by Shrady—Executed by Leo Lentelli SC. 1924."

Ira L. Hill took this photograph and signed it on the gray mat at bottom right; beneath that is an inscription by the sculptor that reads, "With most sincere regards, H.M. Shrady."