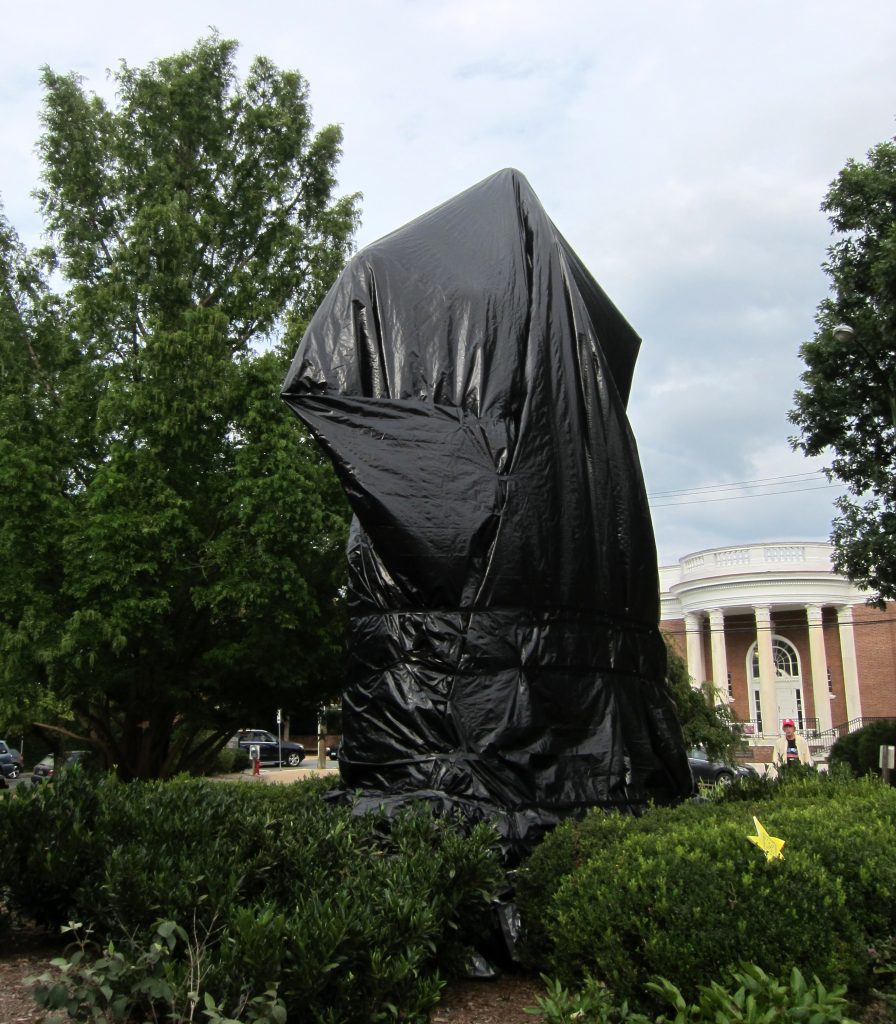 A plastic tarp covers the monumental sculpture honoring Confederate general Robert E. Lee that serves as the centerpiece of a park in downtown Charlottesville. A controversy over the possible removal of the statue led to a riot on August 12, 2017, that resulted in the deaths of three people. On August 20, the city council voted to shroud this statue, as well as another of Confederate general Thomas J. "Stonewall" Jackson. In February 2018, a judge ordered the coverings removed from both statues.