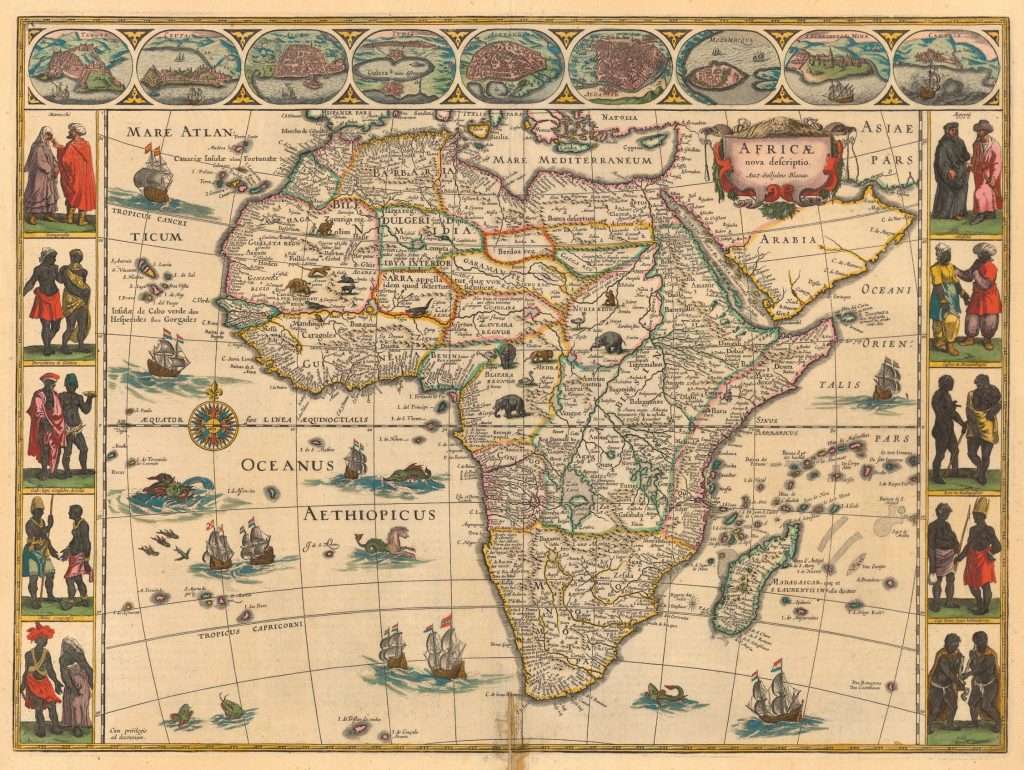 This decorative map of Africa, created by the Dutch cartographer Willem Janszoon Blaeu, is one of the most popular early renderings of the African continent. The map was first published in the second volume of Blaeu's Le theatre du monde; ou Novvel atlas contenant les chartes et descriptions de tous les païs de la terre (1630) and reprinted many times thereafter. (This image is from the 1644 edition.) The map includes views of some of the major trading cities and ports in Africa, as well as portraits of natives who lived in areas along the coast. Sea creatures, flying fish, and Dutch ships are depicted in the sea, and animals such as elephants, lions, ostriches, and monkeys roam the interior of the country.