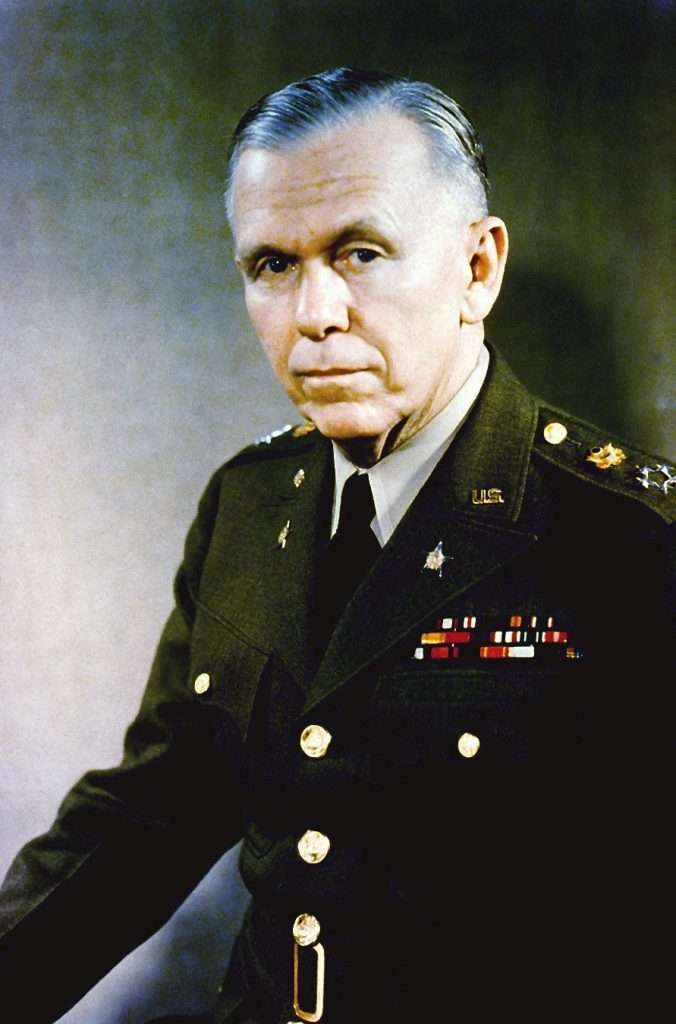 Wearing the five-star badge of General of the Army on his shoulders, George C. Marshall sits for a 1945 portrait that is part of the United States Department of Defense photographic collection. Marshall was a soldier-statesman who served the United States in times of war and peace as Chief of Staff of the Army, secretary of state, and the third secretary of defense. Having served as chief military advisor to U.S. president Franklin D. Roosevelt, Marshall supervised the U.S. Army during World War II. As secretary of state he gave his name to the Marshall Plan, the primary plan of the United States for rebuilding the allied countries of Europe and repelling communism after World War II, for which he received the Nobel Peace Prize in 1953. Educated at the Virginia Military Institute, he was a longtime resident of Virginia. Marshall died at Walter Reed Hospital in Washington, D.C., on October 16, 1959, after suffering a series of strokes. He was buried at Arlington Cemetery.