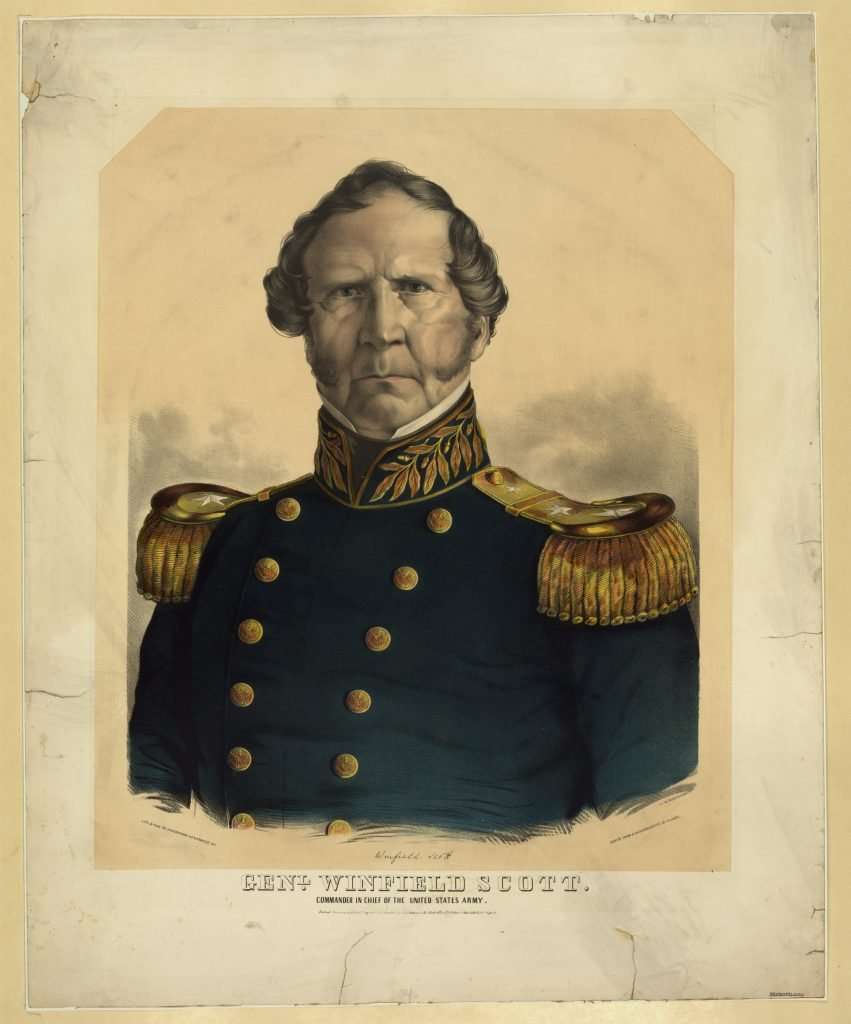 A stern and craggy-featured Winfield Scott, commander-in-chief of the army, appears in an 1847 print at the high point of his military career. Born on June 13, 1786, in Dinwiddie County, Scott initially studied law before turning to the military. He obtained a commission in 1808 and rose to prominence during the War of 1812, but his most famous moment came in 1847 during the Mexican War when he led a victorious army into Mexico City. Known as "Old Fuss and Feathers" for his vanity and love of pomp, Scott served in the United States Army for more than fifty years and helped forge it into a professional institution, reliant upon trained officers rather than civilian and militia amateurs and political appointees.