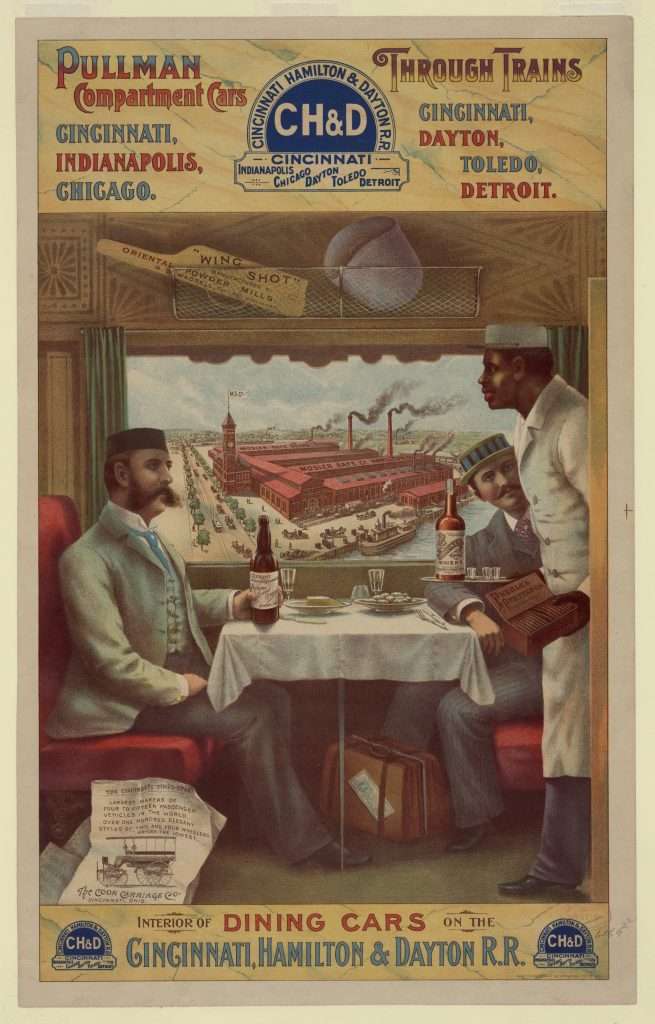 An African American railroad porter offers two white men whiskey and cigars in a dining car on the Cincinnati, Hamilton & Dayton Railroad, which ran through the Midwest. These overnight trains featured Pullman compartment cars, or private berths, that were staffed by uniformed porters, most of whom were African American, in the late nineteenth to the mid-twentieth century. This chromolithograph advertisement promoted a luxurious style of train travel on the Cincinnati, Hamilton & Dayton.