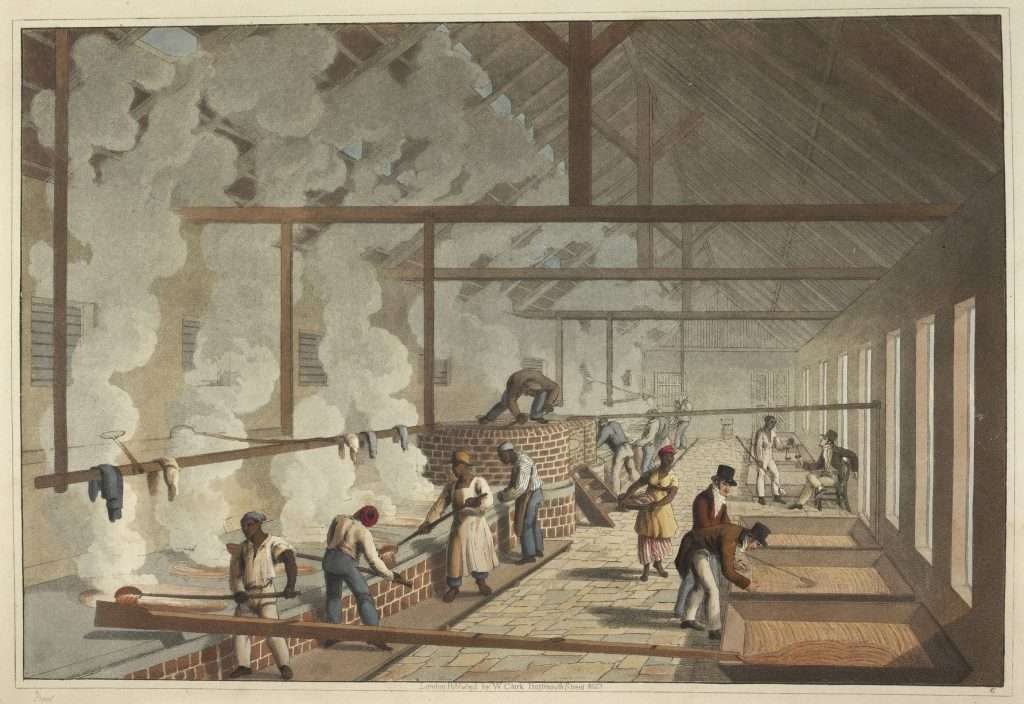 Enslaved men and women work inside a sugar plantation's boiling-house, or where the juice from crushed sugarcane is boiled in a series of copper pots, some of which hold 600 gallons. Impurities are continually skimmed off the surface, and eventually much of the liquid evaporates. The caption for the image describes what happens next:

The fire is stopped, the sugar is then ladled into a spout which conducts it to a cooler, where it is lightly agitated on its surface with a kind of spatula, three or four times, till the whole mass is crystallized … The wind which blows with little variation between N.E. and S.E. enters at the windows, cools the sugar, and expels the steam through the apertures in the roof.

The artist William Clark resided in the West Indies for three years and drew scenes of the sugar-production process that were published in Ten Views in the Island of Antigua, in Which Are Represented the Process of Sugar Making, and the Employment of the Negroes in the Field, Boiling-House, and Distillery (1823).