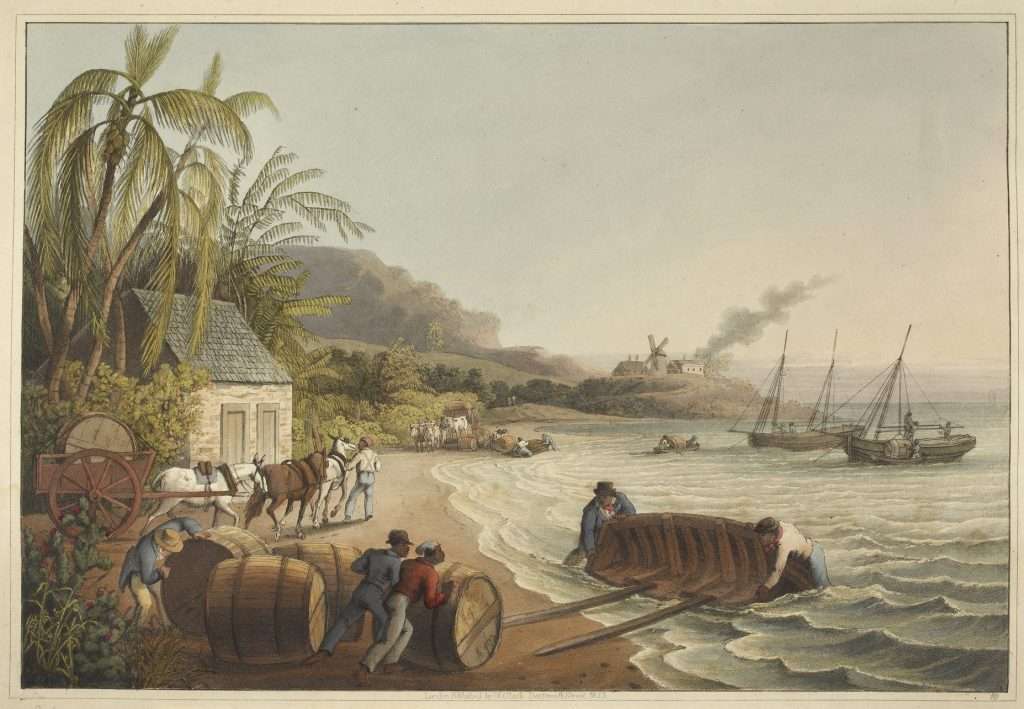 Slaves arduously load hogsheads, or barrels, filled with sugar onto a small boat called a droger to be transported to the larger ships sitting in the English harbor of Saint John's in Antigua. William Clark, the artist who created this aquatint, described the process of transporting the barrels:

The small vessels used to convey the Hogsheads … are brought to the proper depth of water, and are forced down one side; two spars or skids are then extended from the gunwhales to the shore, on which the hogsheads are rolled into the boat, at the recoil of the wave: much dexterity is necessary to accomplish this without shipping water with the sugar … [The] Sugar is then shipped for England, a voyage of uncertain duration, usually made in four weeks; but too often occupying two months, from the Captains being compelled to cross the Atlantic under the disadvantages of varying winds.

Clark resided in the West Indies for three years and drew scenes of the sugar-production process that were published in Ten Views in the Island of Antigua, in Which Are Represented the Process of Sugar Making, and the Employment of the Negroes in the Field, Boiling-House, and Distillery (1823).