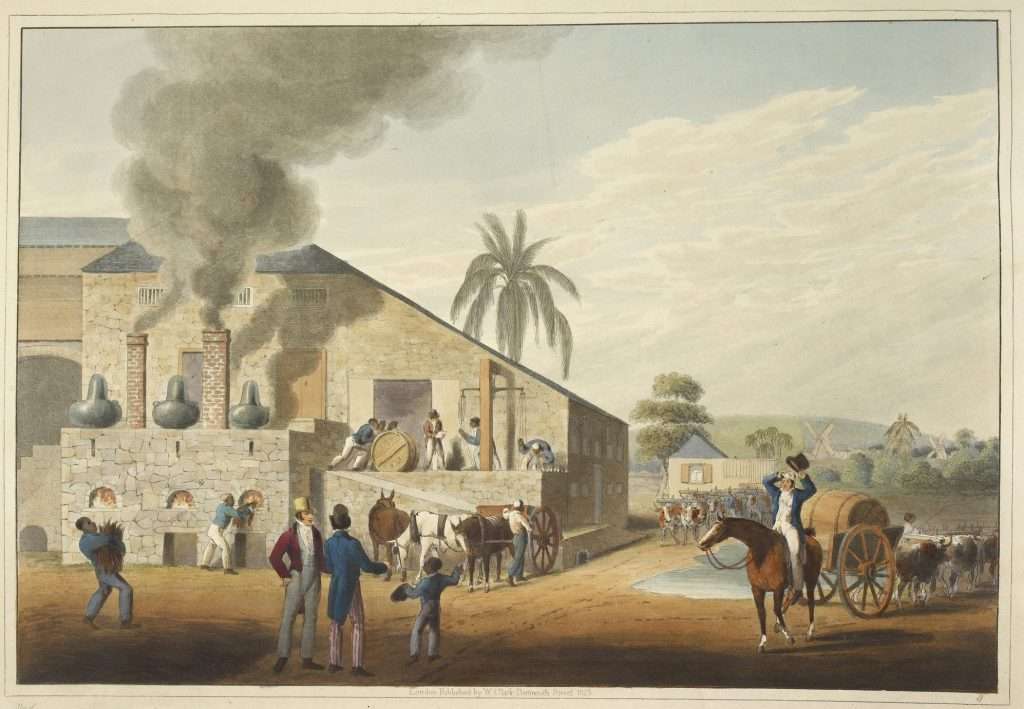 Exterior of a Distillery.

Hogsheads, or large casks, full of sugar and rum are rolled out of a building that serves as both a distillery and a curing-house in Antigua. Sugar and rum production was a multi-stepped process. Sugarcane juice was boiled in a series of copper kettles until it turned into syrup; it was then cooled until it formed sugar crystals and molasses. The sugar was placed in hogsheads and cured for five or six weeks before being closed, branded with the mark of the owner, and then shipped. The molasses was placed in casks, allowed to ferment, and then distilled into rum. The artist William Clark resided in the West Indies for three years and drew scenes of the sugar-production process that were published in Ten Views in the Island of Antigua, in Which Are Represented the Process of Sugar Making, and the Employment of the Negroes in the Field, Boiling-House, and Distillery (1823).