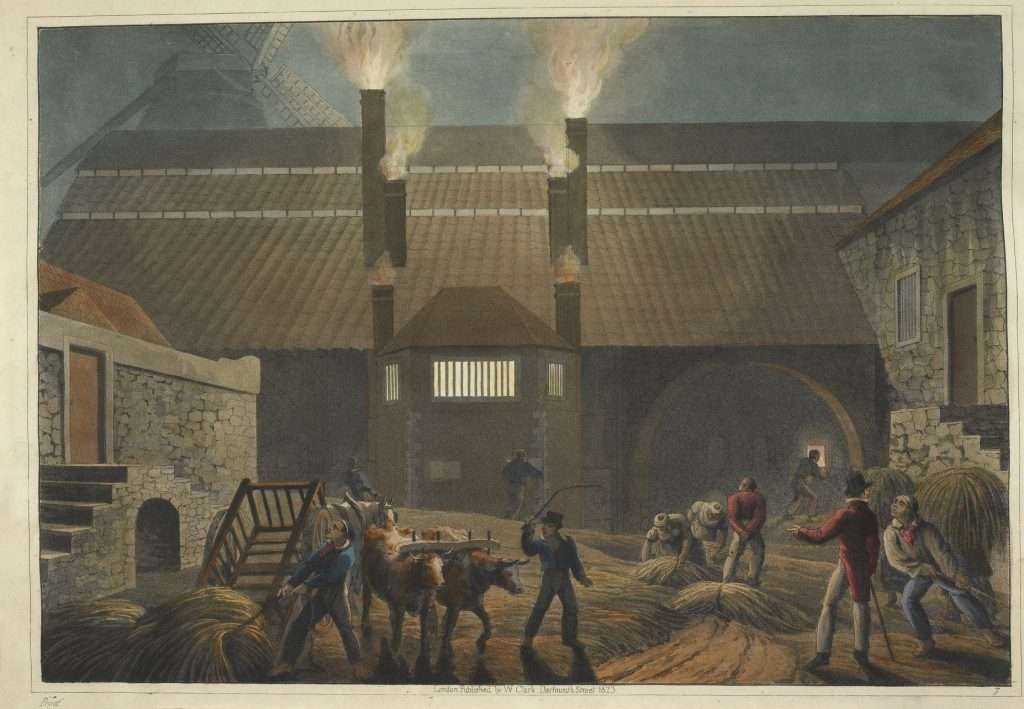 Fires glow from inside the factory where sugarcane is being boiled in copper stills and processed into sugar. Enslaved men and women are shown here dragging fuel to the fires that require a constant heat. The artist William Clark resided in the West Indies for three years and drew scenes of the sugar-production process that were published in Ten Views in the Island of Antigua, in Which Are Represented the Process of Sugar Making, and the Employment of the Negroes in the Field, Boiling-House, and Distillery (1823). In the caption for this image Clark writes, "The boiling in good seasons is continued during the night; and as the consumption of fuel is great, Cattle and Negroes are fully employed in procuring the fuel and placing it at a distance, whence it is conveyed in small quantities to the respective firemen …"