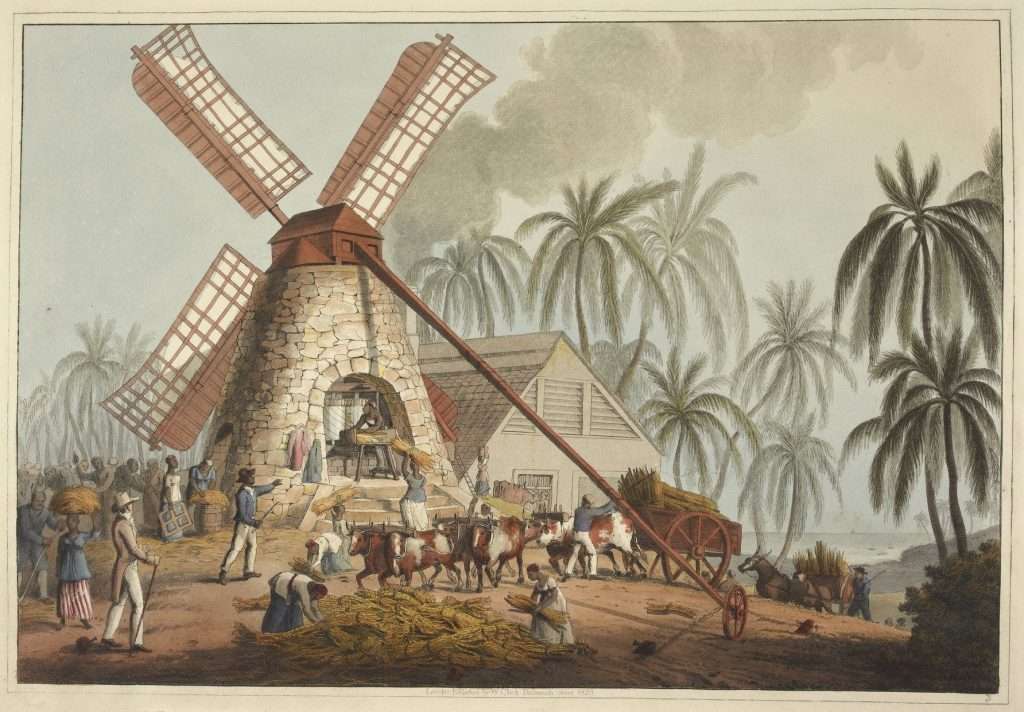 Bundles of sugarcane are unloaded from carts at a sugar mill on an estate in Antigua, an English colony in the West Indies. The artist William Clark resided in the West Indies for three years and drew scenes of the sugar-production process that were published in Ten Views in the Island of Antigua, in Which Are Represented the Process of Sugar Making, and the Employment of the Negroes in the Field, Boiling-House, and Distillery (1823). According to the artist, young enslaved women and elderly slaves did much of the work in this part of the production process. He writes, "The bundles of Cane are carted and deposited as near as possible to the Mill, to lessen the labour of the Negro-girls, who convey them on their heads to the mill-door ..."  Slaves then fed the cane into the mill, which pressed out the juice from the plant. The expressed liquid then ran through a tube to the boiling-house. The refuse left behind was "conveyed away upon wooden frames by women, and the old Negroes, spread and turn it in the sun to be afterwards used for fuel."