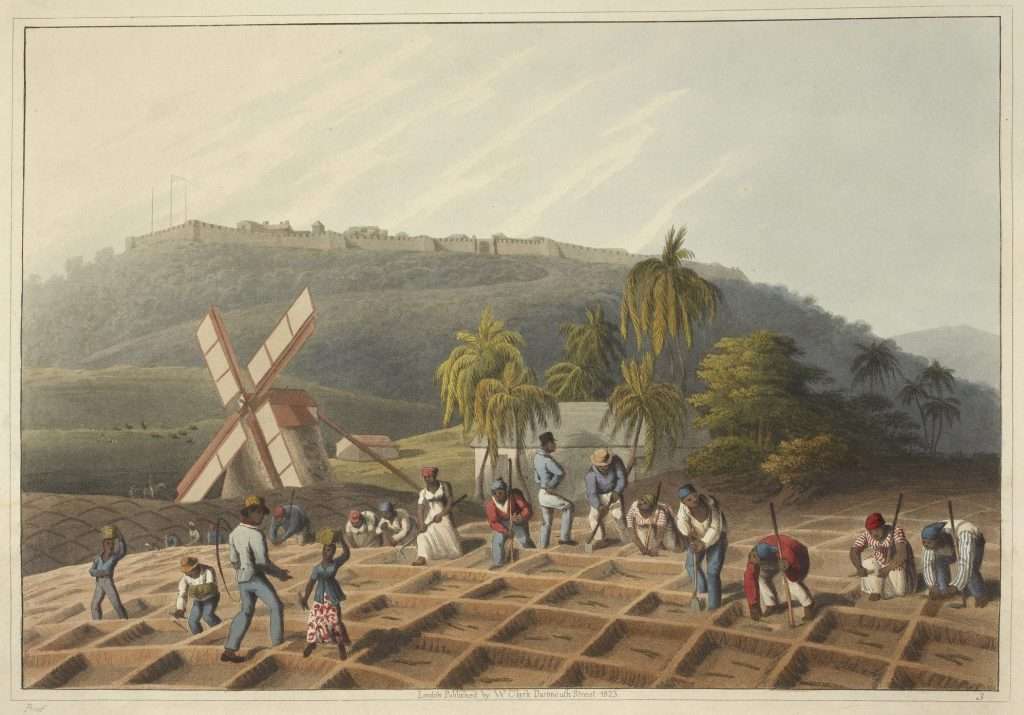 Enslaved men, women, and children plant sugarcane on an estate in Antigua, an English colony in the West Indies. The artist William Clark resided in the West Indies for three years and drew scenes of the sugar-production process that were published in Ten Views in the Island of Antigua, in Which Are Represented the Process of Sugar Making, and the Employment of the Negroes in the Field, Boiling-House, and Distillery (1823). The artist described this part of the process:

The younger Negroes distribute two or three plants into each Cane-hole, while the most experienced Negroes open cavities in the holes about six inches deep, place the plants horizontally, so that the buds may appear on either side, and cover them. This process requires great attention on the part of the Negroes who are thus intrusted [sic].

The man in the foreground with a whip is one of the local field "drivers"; the overseers, meanwhile, remain in the boiling-house, or distillery where sugar and rum production take place. Monk's Hill, a military fort, sits atop the hill in the background.