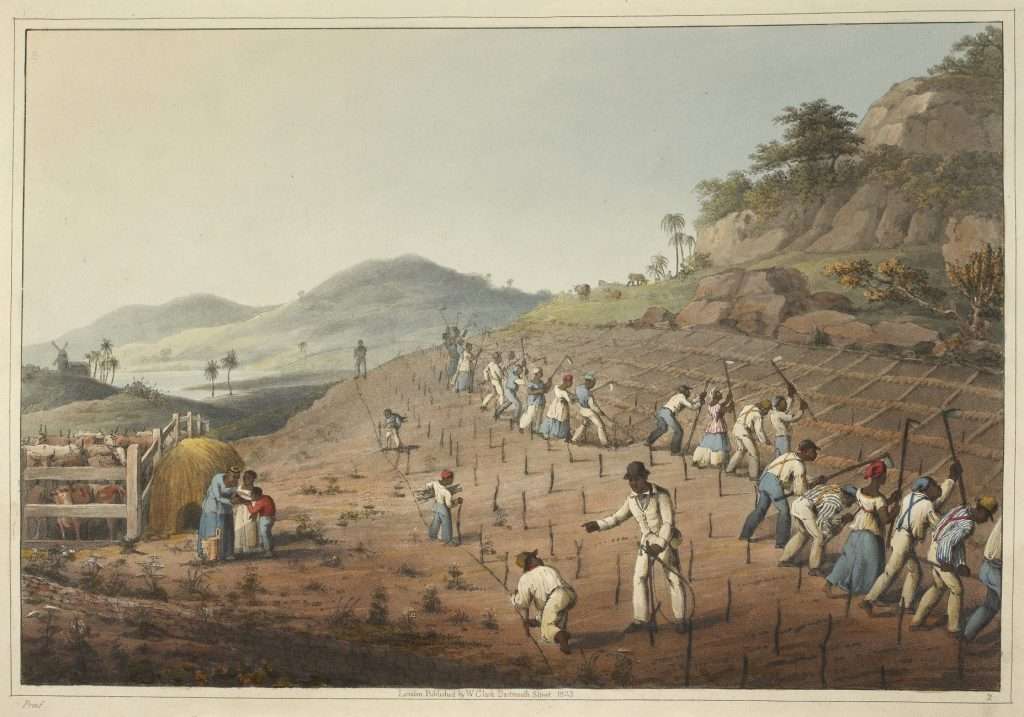 Enslaved men, women, and children dig holes and prepare the land before planting sugarcane on an estate in Antigua, an English colony in the West Indies. Manure from the cattle at left was placed in baskets and brought to the freshly dug holes to be used as fertilizer for the sugarcane. The artist William Clark resided in the West Indies for three years and drew scenes of the sugar-production process that were published in Ten Views in the Island of Antigua, in Which Are Represented the Process of Sugar Making, and the Employment of the Negroes in the Field, Boiling-House, and Distillery (1823). Preparing the soil was "the most laborious occupation of the Negroes," according to the artist's caption, and on this particular occasion the slaves were given "an extra allowance of rum, with a plentiful supply of sugar and water."