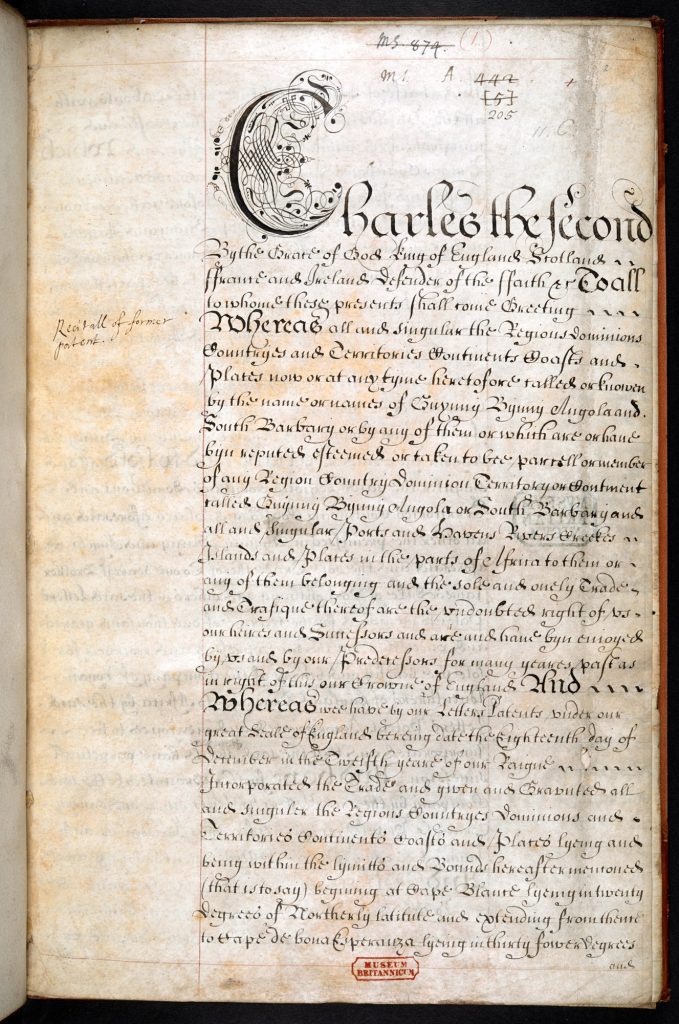 This is the first page of a twenty-page charter issued by King Charles II in 1663 that granted a monopoly on theslave trade in West Africa to the Company of Royall Adventurers of England Trading into Africa. The charter explicitly stated that the company had exclusive rights to "the buying and selling, bartering and exchanging of, for, and with any negro slaves, goods, wares and merchandizes whatsoever to be vended or found" in western Africa. The company was founded in 1660 and reorganized in 1663.  It was reorganized again in 1672 as the Royal African Company.