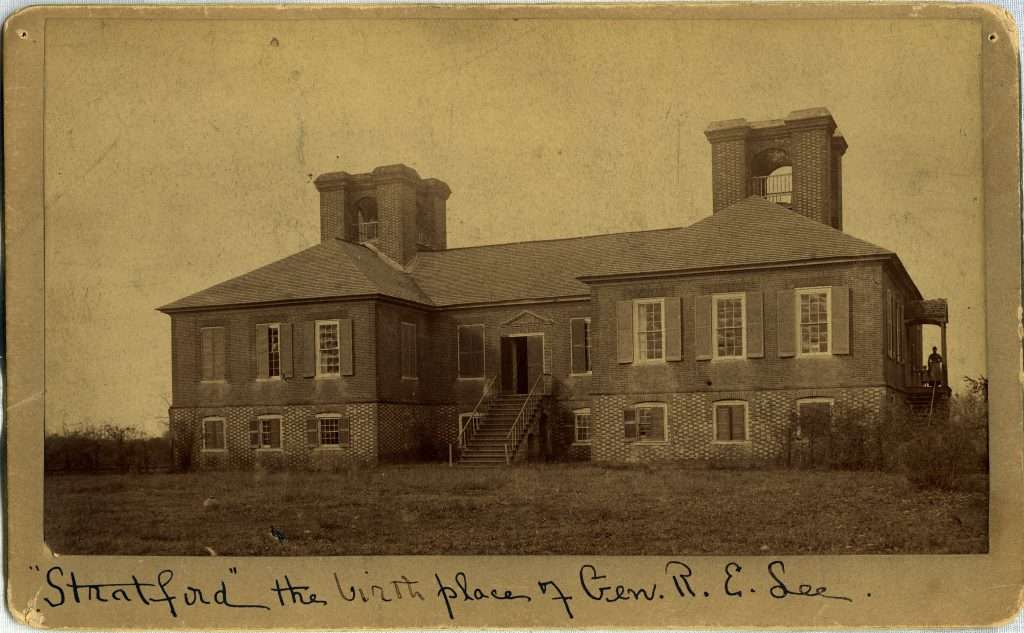 In this photograph from the late 1880s, an unidentified woman and child stand on the side stairway of the Great House at Stratford Hall, the Westmoreland County plantation once owned by generations of the Lee family. The politician and planter Thomas Lee had the house constructed beginning around 1738. Francis Lightfoot Lee and Richard Henry Lee, both of whom signed the Declaration of Independence, resided in the house, as did Henry Lee III, a hero of the Revolutionary War and the governor of Virginia. The Confederate general Robert E. Lee was born in the house and lived there for a few years. Henry Lee IV sold the plantation in the 1820s, but a century later the Robert E. Lee Memorial Foundation purchased the estate and began a long restoration process.