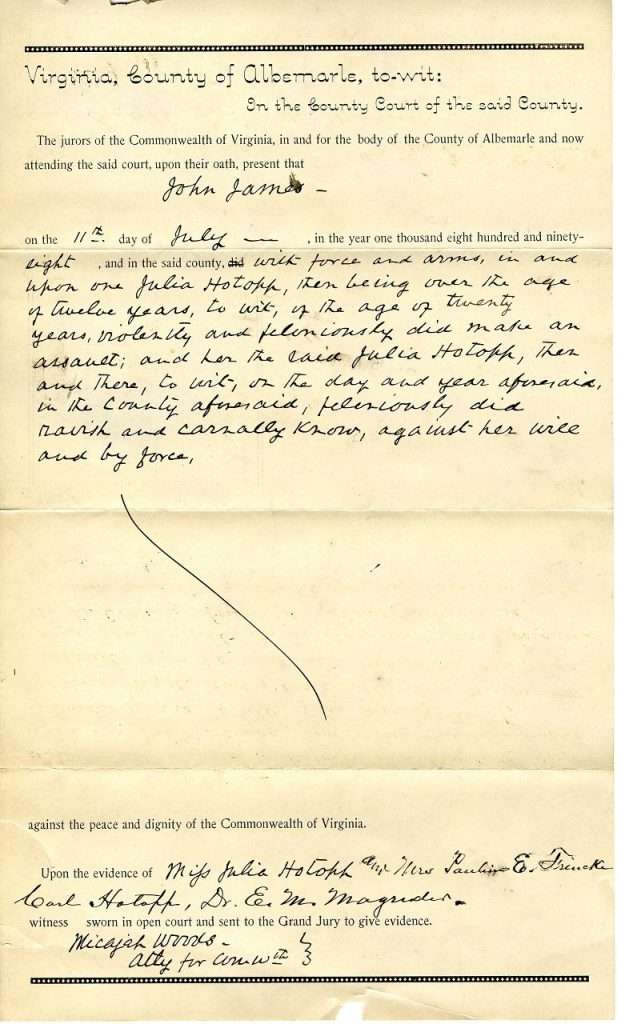 An indictment issued against John Henry James on July 12, 1898, by the Albemarle County Court charges him with "violently and feloniously" assaulting and raping twenty-year-old Julia Hotopp on July 11. James was lynched while the grand jurors deliberated, and they issued this indictment despite news having arrived of his death.