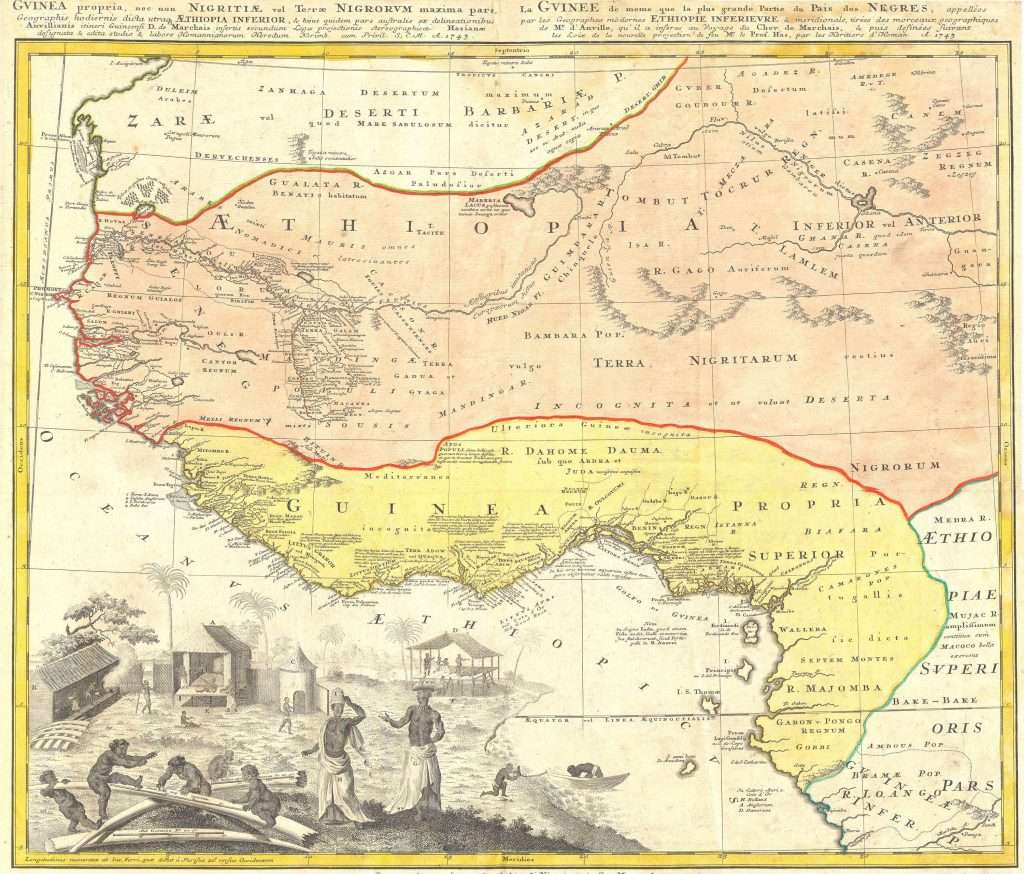 This mid-seventeenth-century map is among the era's finest representations of West Africa. Beginning in the fifteenth century the West African coast became an important nexus of the transatlantic slave trade. African men women and children were purchased from traders or captured, and then shipped to the Americas to work. This detailed map shows the coastal towns, the rivers that extended inland, and the offshore islands at bottom right. The equatorial island of São Tomé (identified here as "I. S. Thomae") became an important center for sugar plantations and the world's leading producer of raw sugar by the mid-sixteenth century. An elaborate engraving at lower left depicts an African village and its people, as well as a collection of ivory tusks.

The German cartographer Johann Baptist Homann (1664–1724) founded the publishing firm that produced this map. In 1715, the Holy Roman Emperor Charles IV appointed Homann as the Imperial Cartographer. Homann's son took over the firm, and he stipulated in his will that the subsequent owners would produce maps only under the name Homann Heirs; thus the French description above the map reads "par les Heritiers d'Homan" ("by the heirs of Homann").